You may think that your phone’s camera takes incredible pictures—and it does. But no matter how capable your smartphone camera is, the quality of the photos it takes can’t come close to those you’d get from a full-fledged camera.

One of the biggest determining factors of image quality is the size of the camera’s sensor—the chip that captures the light coming through the lens. The iPhone XS Max, which has the best camera of all of Apple’s phones, uses a sensor that’s more than 20 times smaller than the chip inside a pro-quality full-frame camera. That vastly larger sensor earns you visibly superior dynamic range—the ability to retain detail in the brightest and darkest subjects—as well as better low-light pictures, and more background blur for portraits.

Plus, with an interchangeable-lens camera, you can choose the right lens for the job—whether a telephoto for distant action or a prime lens for dramatic portraits. With a smartphone, you’re constrained by the physical limitations of the tiny bits of plastic, glass, and metal that are sealed into the camera module at the factory.

And don’t worry about missing out on those Instagrammable moments. Modern cameras will wirelessly transfer photos to your phone in seconds, so you can easily share your far better pics on social media.

The professional standard for cameras is full-frame—meaning, the sensor is the size of a piece of 35mm film. There have never been as many full-frame mirrorless cameras on the market as there are right now, and the value for money is better than it’s ever been. Consider this: In 2005, Canon set a low-cost record for a full frame camera with the $3,300 12.8-megapixel 5D. The full-frame cameras you can buy today are all far better and start at around a third of that cost.

Until a few years ago, most enthusiast and professional cameras were DSLRs, or Digital Single Lens Reflex cameras. They combined a digital sensor with the same optics and mechanics of a film camera: You look through an optical viewfinder, which is essentially a reverse periscope using a mirror to see out through the lens, and when you push the shutter button, the mirror mechanically moves to expose a sensor instead of a segment of film.

Meanwhile, mirrorless cameras—without the flip-up mirror and optical viewfinder—continued to grow in popularity and evolve in capabilities. Mirrorless cameras have a few advantages over DSLRs.

First, since they don’t rely on the little periscope mechanism to deliver an image to the viewfinder, they make use of electronic viewfinders. These are like tiny TV screens, so they’re easier to use in the dark, and they double as heads-up displays for your current settings or information about the scene you’re capturing. Getting rid of the mirror—and by extension, the mechanism that moves the mirror when you press the shutter button—gives you an edge in other areas. For one, you can shoot totally silently—just press the button and capture an image with no mechanical “shutter noise.” The lack of a mechanical process also means you can shoot faster, often in bursts of 10 or more shots per second. Lastly, autofocus is faster in mirrorless cameras.

Sony introduced the first mirrorless full-frame camera in 2013. Many purists stuck to their Canon and Nikon DSLRs; their primary reasoning was that they already owned a broad array of lenses for those cameras, and Sony only had a few at the time. But Sony’s range of full-frame lenses has grown in the intervening years, and third-party lens makers have added to those offerings. Sony now has the largest array of native and compatible lenses for their full-frame mirrorless cameras. Over the past several months, Nikon, Canon, and Panasonic have all entered the full-frame mirrorless market. Even though customers who buy those cameras can’t attach their old DSLR lenses they’ve spent years collecting without using adapters, the technology has finally become undeniable.

I took a hands-on look at some of the best full-frame mirrorless cameras on the market—the Sony a7III, Canon EOS R, and the Nikon Z6—to help you understand the full benefits of the upgrade. (Other new models, like the Panasonic Lumix S1, weren’t ready for testing at the time of this writing.) I’ll go over how the new systems work with what you already have, and which system will offer you the most flexibility for the future. Each of these cameras is brilliant and capable of producing excellent images. For me, the pros and cons came down to more physical differences and features rather than technical performance.

Note: When you buy something using the retail links in our stories, we may earn a small affiliate commission. Read more about how this works.

Sony pioneered full-frame mirrorless photography, and the company has the widest range of available lenses. Starting at under $2,000, the A7III is Sony’s best full-frame value. It uses Sony’s E-Mount lenses, which will also work with Sony’s NEX and a6000-series cameras. The A7III’s autofocus is extremely fast and accurate, with a system that tracks the eyes of your subjects to ensure their faces are kept in sharp focus. Sony has had three generations to work out the kinks in its mirrorless camera tech, compared to first-generation offerings from Canon and Nikon. It takes perfect shots in auto mode, the menus are polished, and pairing with a smartphone is a breeze.

One minor quibble was that I was unable to view the LCD on the back of the camera while wearing polarized sunglasses, and the resolution of the electronic viewfinder is noticeably lower than those of the other two cameras I tested. The 5-axis in-body image stabilization allows you to get sharp, non-blurry shots with any lens and even take shots in lower light with slower shutter speeds without the aid of a stabilizing tripod. The dual-card slots mean that if you’re out capturing a moment and your memory card fails, you’ve got a backup already in place.

Of the three cameras I used, the EOS R set the benchmark for design. I appreciated the solid metal click of the on-off switch, and I liked the recessed strap connection points, which I found superior to the finger-snagging metal eyelets protruding from the other two cameras. (The exception to the R’s intuitive design was the small multi-function toggle pad, which I ignored.) Unlike DSLRs which have mirrors protecting the sensors most of the time, mirrorless camera sensors are exposed to the elements any time you change the lens. Not so with the R—when changing lenses, a sensor cover automatically swings in to protect the sensor from dust and other schmutz; neither of the other two cameras had this feature.

The EOS R didn’t feel much smaller than a DSLR when I held it, and the R-Mount lenses are bigger than many of their Canon DSLR equivalents. A $99 adapter will let you affix your older Canon glass. The R is the only camera I tested with an LCD that flips around to face forward—helpful for vlogging or if you need to see yourself while shooting. However, when shooting 4K video, the R crops the image about 35 percent.

As a result of my tests, I found the Z6 to offer the best overall combination of performance, features, and design. It did not outperform the A7III, but it has a better LCD and viewfinder than the Sony, and the image quality was more consistent than the EOS R. The size of the camera is comfortable in small or large hands, and the svelte native lenses are well-proportioned to the compact body. If you have old Nikon F-mount lenses made for Nikon’s DSLRs, you can use a $250 adapter to mount them on the Z6. My old Nikon lenses worked very well on the Z6, with no noticeable delay in autofocus speed.

Like the Sony, the Nikon has 5-axis in-body stabilization. While all three cameras have a touchscreen LCD, the Nikon does not allow you to set the focus point in your image by tapping and dragging on the touchscreen while looking through the viewfinder; this must be done by joystick on the Z6. It’s also a little cheaper than the others. 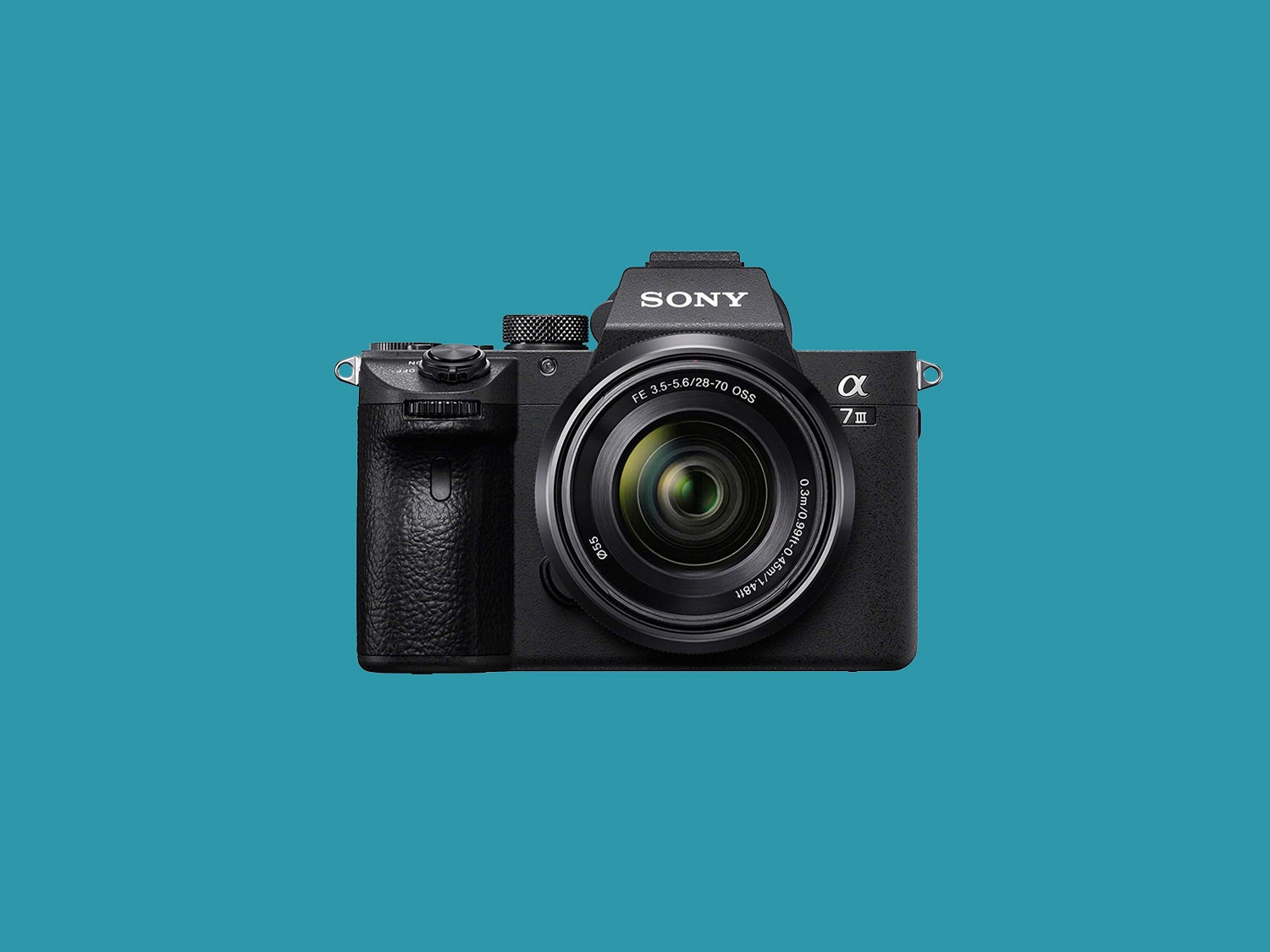 The Metaverse is Still Messy

Power Rankings: Which surging AL squad broke into the top 3?