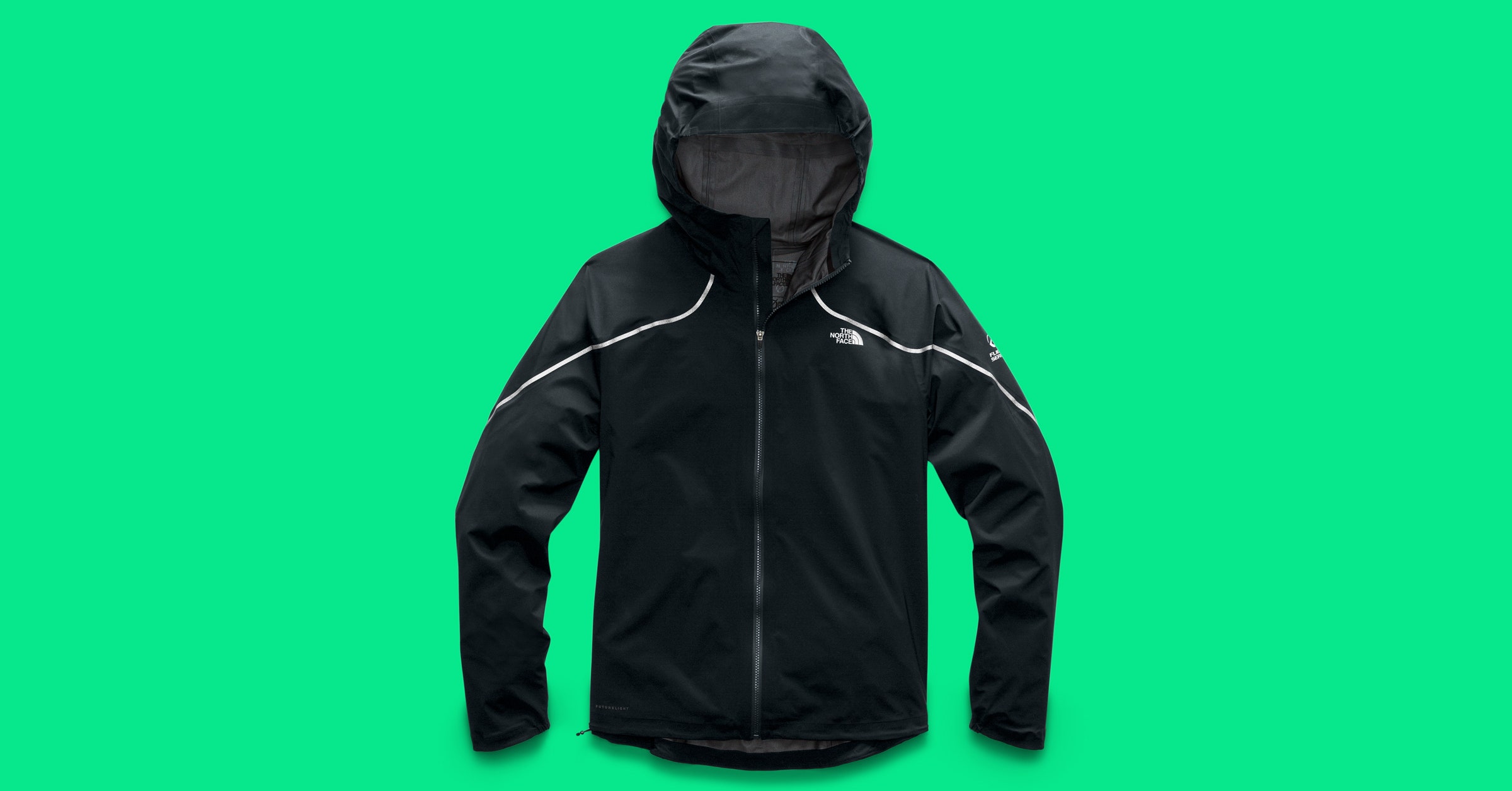 In Nordic countries, there’s a saying: “There’s no bad weather, only bad clothes.” As someone who spent the past weekend shivering in a tent in unexpected, sheeting rain, I have to disagree. There’s both bad weather and bad clothes. The only thing worse than having to go outside in the rain is pulling on clammy, crinkly rain gear that feels like a garbage bag.

The outdoor gear market is currently awash (ha!) in ways to improve the best rain jackets, from stretching panels of Gore-Tex into ultra-thin layers to directly meshing sustainable, perfluorocarbon-free waterproofing into a fabric’s fibers. Futurelight is The North Face’s entry. Its engineers use teensie, tiny nozzles to spin spiderweight webs of lightweight, breathable waterproofing material that keep rain and wind out while releasing heat and vapor.

Futurelight technology was originally developed from nanospinning techniques used in water filtration systems and smartphone electronics casings. The North Face hasn’t released its proprietary formula, but we know its waterproofing material is not made from harmful perfluorocarbons that have been linked to birth defects, cancers, and other health issues.

And it can be endlessly tweaked. They can make the Futurelight membranes thicker and more dense for a more durable membrane, or thinner and lighter for a more breathable one. In theory, this means they can use Futurelight fabric in a wide range of applications, from jackets and tents to sweaters, denims, or T-shirt dresses.

Today, The North Face launches its first Futurelight products, which range from high-performance snow bibs and shells to a lightweight trail running jacket, called the Flight. Sadly for everyone but me, it’s been rainy enough in Portland in September that I gave the Flight a decent test while trail running, biking, and camping for the past two weeks. I really like it.

The Futurelight fabric up close

The Flight is a three-layer rain jacket, which means that its waterproof membrane is sandwiched between a durable, recycled outer layer and inner lining. This makes the membrane more durable, but slightly heavier than 2- or 2.5-layer rain jackets like the Marmot Bantamweight.

At first glance, the women’s version of the Flight is a fairly normal trail running jacket. It has a standard cut with an adjustable hood that has a small brim and fits my baseball cap, an adjustable waistband, and elasticized cuffs. It has a slim fit, with an easy stash pocket on the back that can either fit a headlamp, or become a stuff sack for travel. It’s fully seam-taped and the stash pocket has a water-resistant zipper. The logo on the front and back is also reflective, although I’d probably wear more lights if I were running at night with a black jacket. There aren’t any armpit or chest vents.

It’s not until you handle the fabric itself that the difference becomes obvious. It’s much softer—and hangs better on the body—than other rain jackets that I’ve tried, even other super-light ones. It doesn’t rustle, or make that annoying whisk-whisk-whisk sound under my arms when I run (the slim sleeves also help with this). It fits like a soft shirt. Other manufacturers use darts to remove fabric around the waist to create a slim fit, or gussets around the arms for more range of motion, but the Flight jacket is soft and flexible enough that it doesn’t need either technique.

The North Face was also able to reduce the number of seams on the jacket (more seams, more problems) and developed its own custom seam tape. This is a much more necessary development than it sounds. Seam taping is essential to prevent water from leaking into vulnerable points in a rain jacket. However, the wrong seam tape can actually make a jacket worse by pulling away from a lightweight fabric, or degrading at a faster rate than the jacket itself. The Flight’s seams are noticeably smaller, lighter, and more flexible than other seam tapes that I’ve seen.

The Multitool of Rain Jackets

I ran and biked with the Flight through an extremely wet, miserable, and chilly early fall, and was very glad to have it. While I was able to go on wet trail runs of 30-60 minutes while wearing the jacket without getting too hot and clammy, I also found myself grabbing it as an extremely light and soft windbreaker.

It cut the wind when I was biking, and held a little body heat when I realized I’d forgotten another layer during a meeting. Most super-light, breathable rain jackets also include vents that let my body heat out, or let wind in. The Flight was more versatile than I expected.

When it’s packed down, the stuff sack is 7 inches by 5 inches, which isn’t small enough to fit inside my running fanny pack. But it is small enough to pack while traveling, and the arms are soft and grippy enough to tie around your waist if you do have to take it off.

It’s important to distinguish what’s exciting about Futurelight, and what isn’t. It’s been marketed as a spiderweight waterproofing fabric, which may be misleading. After all, other companies make lightweight breathable membranes, like Polartec’s Neoshell. And while gear manufacturers are advancing in leaps and bounds, performance-wise, Gore-Tex is still the gold standard.

But Futurelight is exciting for a host of different reasons. Unlike Gore-Text, it’s perfluorocarbon-free, and it’s so flexible and soft that it lets jacket designers to do away with many seams. Its lightweight, flexible proprietary seam tape also bodes well for the product’s future durability. This winter, The North Face is also debuting lightweight backcountry ski gear, with many future applications to come. If it’s made of Futurelight, you can outfit me in it from head to toe. It’s wet here, and this stuff works.