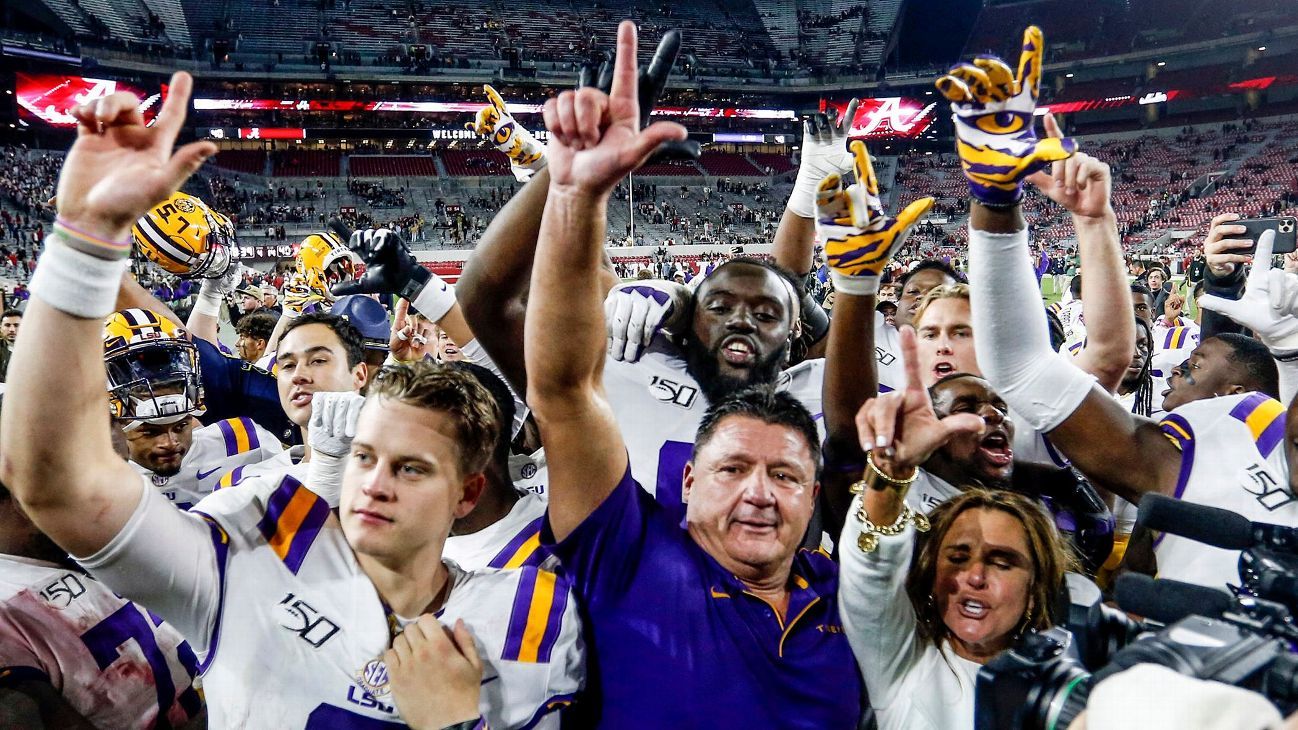 Fresh off their victory in Tuscaloosa on Saturday, the LSU Tigers find themselves atop this week’s edition of the College Football Playoff ranking while No. 4 Georgia edged out No. 5 Alabama to break into the top four.

No. 2 Ohio State and No. 3 Clemson, both coming off dominant victories to remain unbeaten, round out the top four.

No. 6 Oregon and No. 7 Utah both moved up one spot from last week’s initial ranking while Minnesota’s victory over Penn State vaulted the Golden Gophers nine spots to No. 8. The Nittany Lions fall to No. 9, followed by Oklahoma at No. 10.

No. 11 Florida and No. 12 Auburn are still linked at the hip while Baylor, the only other unbeaten team in the CFP ranking, comes in at No. 13 after struggling to beat TCU in three overtimes.

The Big Ten features the most teams in the ranking with six — with No. 14 Wisconsin, No. 15 Michigan and No. 20 Iowa rounding things out for the conference. Notre Dame fell one spot, slotting in at No. 16.

There are five Group of 5 teams in the ranking for the second straight week: No. 17 Cincinnati, No. 18 Memphis, No. 21 Boise State, No. 23 Navy and newcomer No. 25 Appalachian State, who knocked off South Carolina on Saturday.

No. 19 Texas makes its first appearance in the ranking after beating Kansas State, who fell eight spots to No. 24. Oklahoma State rounds things out for the Big 12.

Wake Forest is the only team to fall out of the ranking this week after losing to Virginia Tech, leaving Clemson as the lone ranked ACC team.