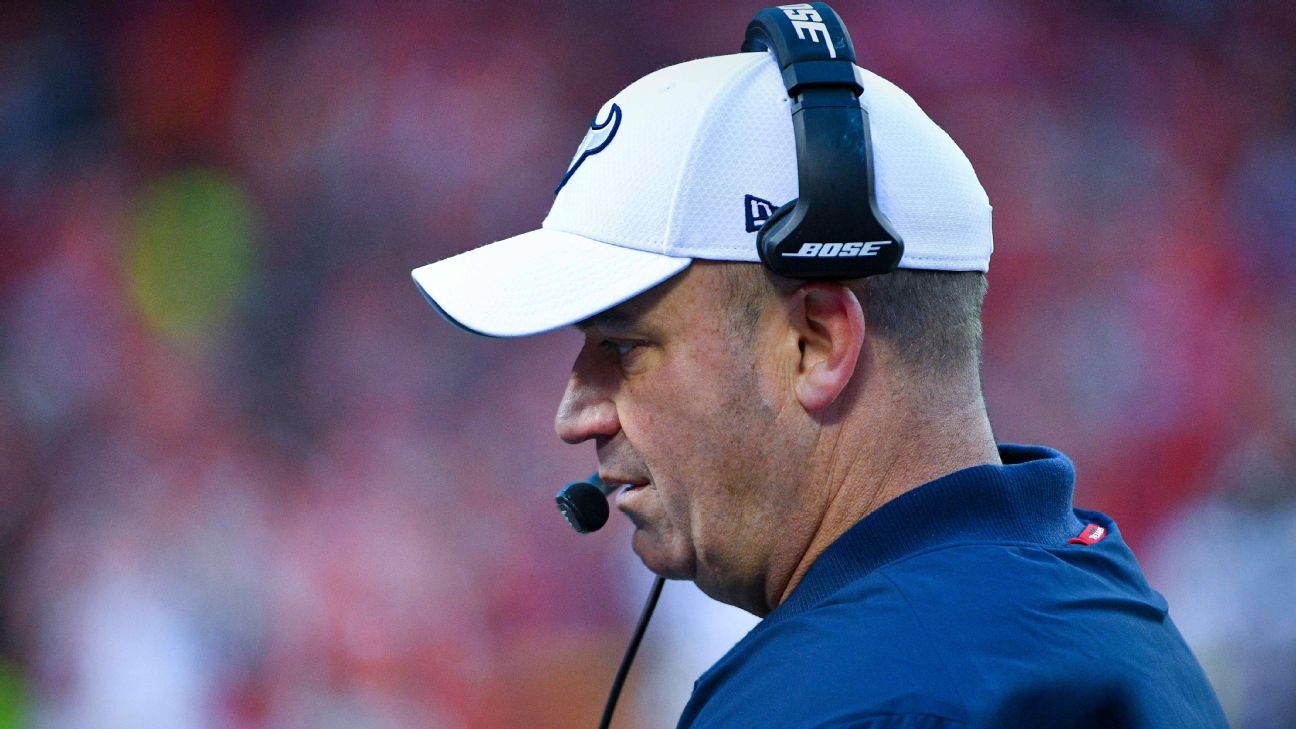 KANSAS CITY, Mo. — Despite the Houston Texans‘ losing a game in which they led 24-0 in the second quarter, quarterback Deshaun Watson stood by coach Bill O’Brien on Sunday.

“There’s no doubt,” Watson said when asked if O’Brien is the right coach for the Texans. “I mean, you might have doubt, but there’s no doubt. I mean, I love that man. I’m going to play hard for that man. Y’all can say whatever you want to say through all the media and all the writing, but as long as I’m at quarterback, he’s cool with me.

“He’s got my heart. He’s going to get all of my 110% every time I step on that field. So y’all can say whatever, but [I’ll] always be rooting for that man and going to play hard for him.”

On Sunday, in a 51-31 loss to the Kansas City Chiefs, the Texans blew a 24-point lead and allowed the Chiefs to become the first team in postseason history to score 41 consecutive points after falling behind by at least 20 points. According to Elias Sports Bureau, the Chiefs also became the first team to lead at the half after falling behind by 24 points.

After the playoff collapse, O’Brien was asked why fans should believe the Texans will improve with him as coach.

“I feel like we are moving in the right direction,” O’Brien said. “I think we did a lot of good things this year. Not enough, obviously. I feel good about where we are headed.”

This season, the Texans went all-in on their roster, trading two first-round picks and a second-rounder for left tackle Laremy Tunsil and wide receiver Kenny Stills. Houston, led by O’Brien, who is the de facto general manager in Houston after the team fired Brian Gaine in June, traded defensive end Jadeveon Clowney after they could not reach a long-term deal by the franchise tag deadline. Houston also traded for running backs Carlos Hyde and Duke Johnson before the season.

The Texans won their fourth AFC South title in five seasons and won their second playoff game under O’Brien, but they failed to reach the AFC Championship Game for what would have been their first appearance in franchise history.

Still, Watson said “the future is bright” for the organization.

“There’s no way that I’ll be discouraged for the future,” Watson said. “It’s all positive. We did so much this season. We went through so much — ups and downs. For us, to be one of the final eight teams is huge. And there’s a lot of teams that wish they were in this position to play in this game.”