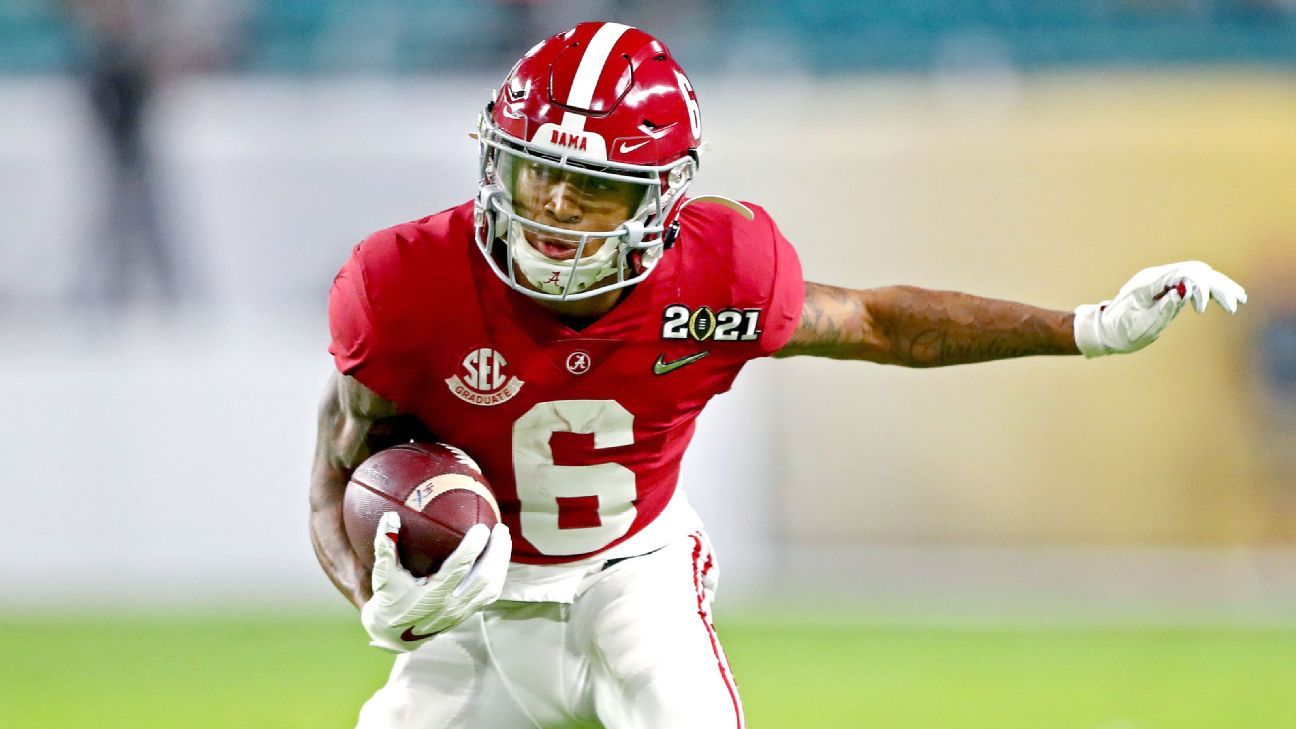 Smith, who was awarded the Heisman Trophy six days ago, exited the game early in the third quarter with a right hand injury. He returned to the sideline in the fourth quarter in street clothes with his hand heavily bandaged.

Asked about the injury after the game, Smith simply said: “I’ll be alright.”

Smith’s march into the record books began on the opening drive as a 15-yard reception broke an SEC career receiving yards record previously held by Jordan Matthews, who set the mark of 3,759 yards at Vanderbilt from 2010-13.

Smith also set the SEC single-season receiving and touchdown records. He caught his 21st touchdown on a 5-yard reception in the second quarter, breaking a tie with LSU’s Ja’Marr Chase, who set the mark last season.

Having to watch a portion of the game from the locker room, Smith credited his teammates for stepping up in his absence.

“It came down to the young guys just putting in the work, every day, every week, knowing if somebody went down, they were going to have to come in and do something big,” he said. I believed in them from the jump. That’s what we do, that is why you come to Bama.”

Smith, who first gained notoriety when he caught the game-winning pass in overtime of the 2018 CFP National Championship as a freshman, leaves Alabama as the school’s all-time leader in receiving yards and touchdowns.

“Unbelievable,” Smith said of the Alabama’s season. “We just finished writing out story, that was the whole thing of us coming back, just finishing the story that we wanted to write and we did that.”

The Louisiana native is the No. 4 overall prospect and the highest-rated receiver on Mel Kiper’s Big Board. Alabama defensive tackle Christian Barmore won Defensive MVP and is listed as Kiper’s No. 2 DT.