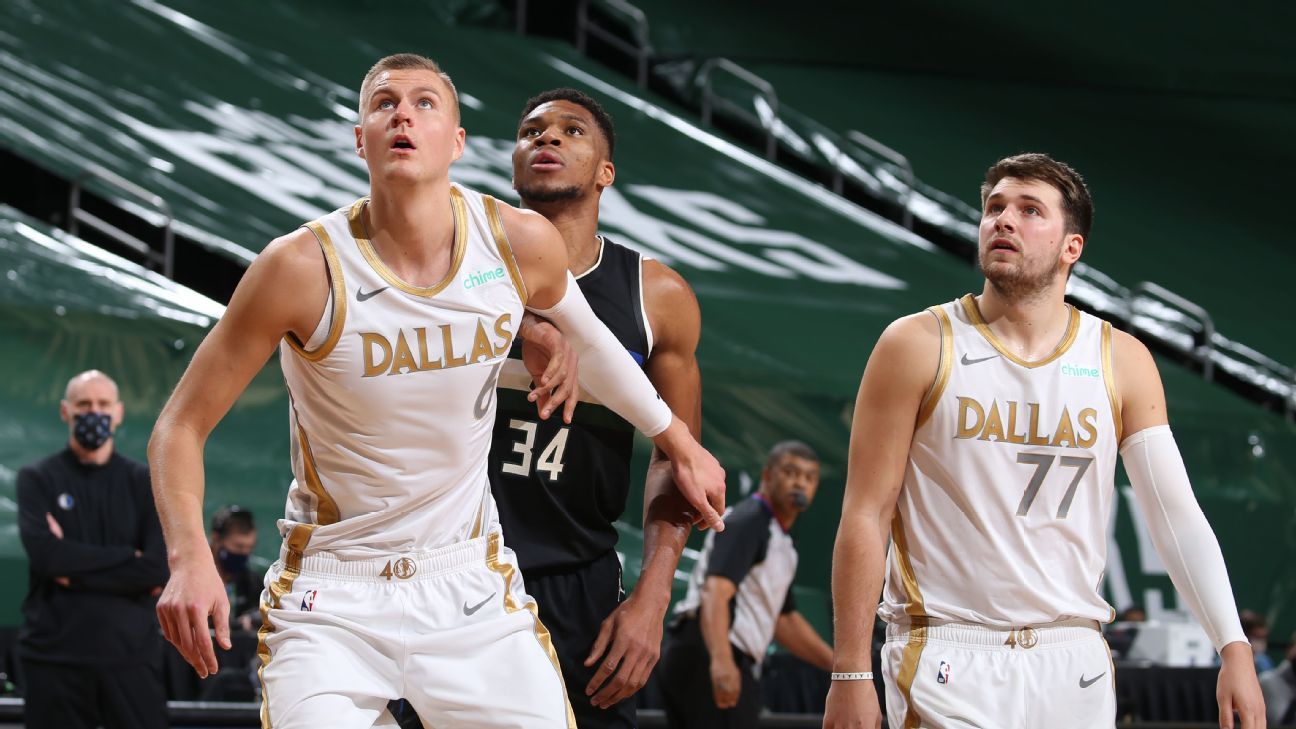 Dallas Mavericks superstar Luka Doncic animatedly expressed his dismay that coach Rick Carlisle didn’t use the team’s final timeout during a critical possession in the final minute of a 112-109 road loss to the Milwaukee Bucks on Friday night.

The possession, which occurred with the Mavs trailing by two points, ended with Kristaps Porzingis badly missing a contested 3-pointer with 10.4 seconds remaining. After the Mavs took a foul seconds later, Doncic angrily gestured toward the Dallas bench, repeatedly forming a T with his hands to indicate that a timeout should have been called.

On the previous possession, Doncic created an open look at a 3 for Trey Burke by passing out of a double-team. Burke missed, but center Willie Cauley-Stein grabbed the offensive rebound with 17.7 seconds remaining. Doncic didn’t touch the ball the remainder of the possession, as Cauley-Stein handed off to Burke, who drove the baseline underneath the basket and passed to Porzingis on the right wing.

“It’s Coach’s decision, but if we would have made the shot, everything would be good,” said Doncic, who had 29 points, 9 rebounds and 13 assists in the loss, accounting for 61 of the Mavs’ 81 points when he was on the floor. “… But I don’t know. It’s Coach’s decision to call a timeout or no, so I think it’s good.”

Doncic said he had not discussed the situation with Carlisle yet and declined to say if he intended to have that conversation with his coach.

Carlisle said he would “not get into that publicly” when asked about discussing the situation with Doncic. Carlisle did not express regret with his decision to not call a timeout on the possession, noting how difficult it is to score against the Bucks’ defense if Milwaukee has an opportunity to get set.

“Look, we got two good shots and we preserved a timeout,” Carlisle said. “As a coach, that’s all you can hope for in that situation.”

The missed 3, which didn’t catch iron and caromed off the backboard on the other side of the rim, punctuated a poor shooting performance for Porzingis in his second game of the season after recovering from offseason surgery on his right knee. He finished with 15 points on 6-of-19 shooting (2-of-7 from 3-point range) in 29 minutes.

“There are things I could have done a lot better, and that could have changed a lot in this game,” said Porzingis, who felt that he rushed his final shot. “I want to take a lot of responsibility for this one.”

Porzingis said he needs to be “more calm” out there, acknowledging that he has been too aggressive at times as he tries to find his rhythm.

Carlisle expressed confidence that Porzingis would find that balance as he gets his footing after missing the first nine games of the season.

“Put yourself in his shoes,” Carlisle said. “The guy desperately wants to help the team. If he was not aggressive, I’d be a lot more concerned.”