THOUSAND OAKS, Calif. — The Los Angeles Rams finished the 2020 season with a top-ranked defense worthy of a Super Bowl title.

Now they hope that with the addition of Matthew Stafford in a blockbuster trade with the Detroit Lions they also have a Super Bowl-caliber quarterback.

The Rams traded quarterback Jared Goff, two future first-round picks and a third-round pick to the Lions in exchange for Stafford, according to ESPN’s Adam Schefter. The deal will be official at the start of the league year.

With Stafford, who will turn 33 next month, the Rams hope to revive an offense that propelled them to consecutive division titles and a Super Bowl LIII appearance at the end of the 2018 season but that has fallen into mediocrity the past two seasons.

However, it remains to be determined whether Stafford, who has two seasons remaining on a five-year, $135 million extension, is the missing piece on a unit that last season averaged 377 yards (ranked 11th) and 23.3 points (22nd) per game.

In Detroit, Stafford was plagued by an organization that could not field a competitive defense.

That will not be the case in L.A., with a stout unit that features All-Pro defensive tackle Aaron Donald and All-Pro cornerback Jalen Ramsey and that allowed only 18.5 points per game last season, tops in the NFL.

The No. 1 pick in the 2009 NFL draft, Stafford is 74-90-1 in 12 seasons, has never won an NFC North title and has never won a playoff game in three postseason appearances.

However, he has eight seasons with at least 4,000 passing yards, and he most recently passed for 4,084 yards and 26 touchdowns, with 10 interceptions, as the Lions went 5-11 this past season.

He departs Detroit as the organization’s all-time leader in every important passing category and is No. 4 on the NFL all-time list in passing yards per game (273.4), behind Patrick Mahomes, Drew Brees and Andrew Luck.

At the end of a 10-6 season that resulted in a divisional playoff loss at the Green Bay Packers on Jan. 16, Rams coach Sean McVay said that every position would be evaluated, including quarterback, and made no guarantee that Goff would return in 2021.

McVay also acknowledged that his own playcalling was not up to standard. 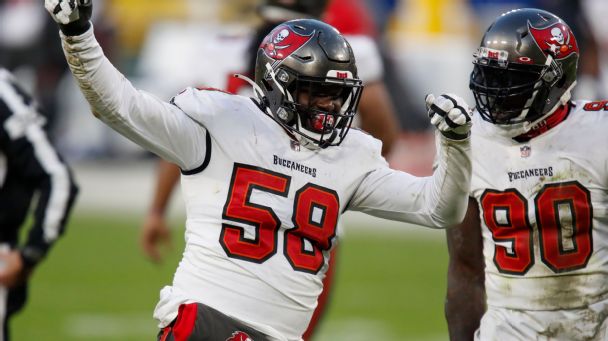 “I have high expectations and standards for myself and for our offense,” McVay said. “This year was not up to par for a lot of reasons, and that’s something that I’m excited about attacking, but I do still feel confident in my ability to do that at a high level.”

In L.A., Stafford joins an offense that includes sure-handed wide receivers Robert Woods and Cooper Kupp (who each signed significant extensions before last season) and tight end Tyler Higbee. The Rams also are expected to find Stafford the deep threat that the offense has lacked since trading Brandin Cooks last offseason.

With Saturday’s trade, the Rams will go seven years without a first-round pick, a streak that started in 2017 and ends in 2024, at the earliest. Their last first-round selection was Goff, whom they traded up from No. 15 to select No. 1 overall in 2016.

The Rams signed Goff to a four-year, $134 million extension that included $110 million in guarantees after their Super Bowl LIII appearance.

In four seasons with McVay, Goff won 42 games, tied with Russell Wilson for second during that span, behind only Tom Brady.

However, since the New England Patriots held the Rams to three points in that Super Bowl, McVay was unable to consistently put Goff in position to succeed.

Over the past two seasons, Goff turned the ball over 38 times, the second-most turnovers in the NFL over that span.