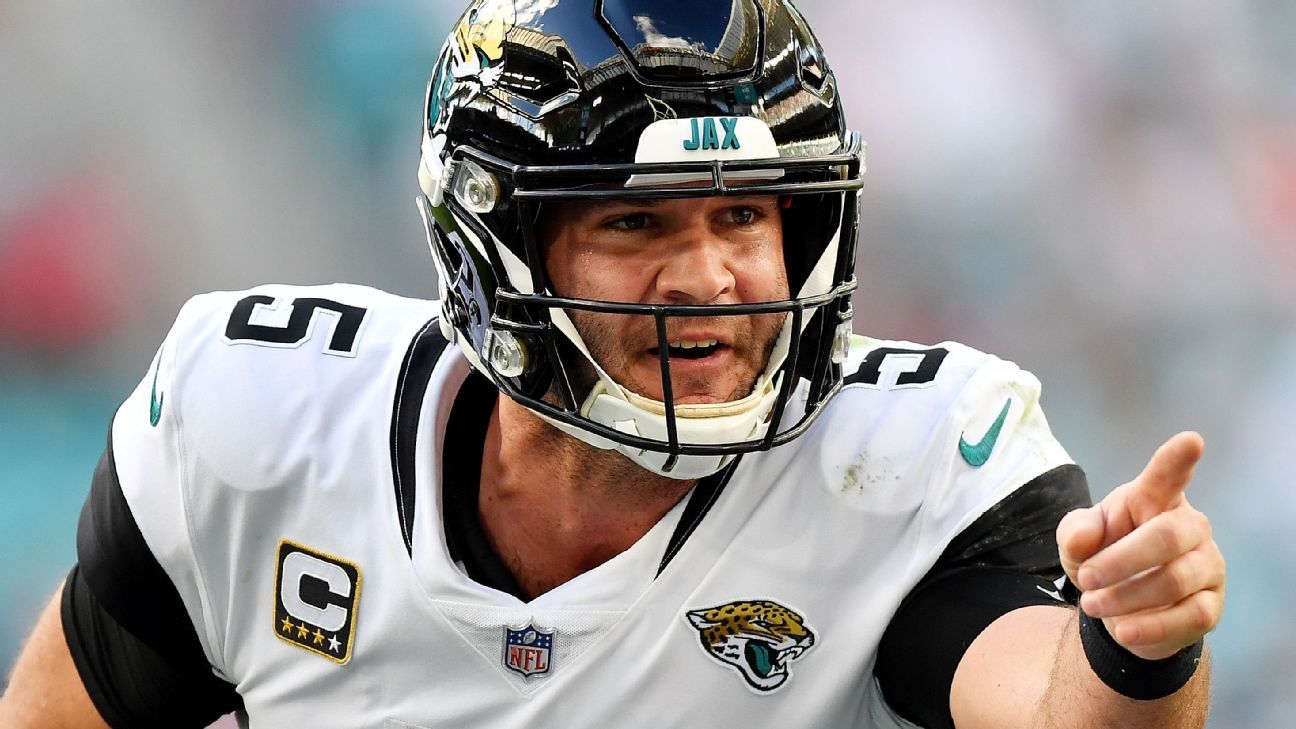 GREEN BAY, Wis. — The Packers are signing veteran quarterback Blake Bortles to a one-year contract, a source told ESPN’s Adam Schefter on Wednesday, making him the first addition at the position since the news of Aaron Rodgers‘ unhappiness with the organization broke last month.

It doesn’t necessarily mean the two are related. The Packers had only two quarterbacks on their roster: Rodgers and 2020 first-round pick Jordan Love.

The Packers have two quarterbacks coming in for this weekend’s rookie minicamp on a tryout basis: journeymen Chad Kelly and Kurt Benkert.

The Packers picked Bortles, 29, in part because of his connection to their offensive coordinator, Nathaniel Hackett. The two were together with the Jacksonville Jaguars from 2015 to 2018. Hackett was Bortles’ position coach in 2015-16 and his offensive coordinator in 2016-18. Together, they reached the AFC Championship Game following the 2017 season. Hackett joined the Packers when Matt LaFleur was hired as head coach in 2019.

Bortles, the third pick in the 2014 NFL draft, last played in a regular-season game during the 2019 season with the Los Angeles Rams. He had stints with the Broncos and Rams last season as a backup and also spent time on Denver’s practice squad.

The Packers did not draft a quarterback this year and did not sign a rookie as part of their initial undrafted free-agent class. The Packers did not tender last year’s backup, Tim Boyle, as a restricted free agent, and Boyle signed a one-year, $2.4 million deal with the Detroit Lions. Love was the Packers’ No. 3 quarterback last season and was inactive for every game.

“We’ll add a third arm and maybe a fourth arm as we go through,” Packers general manager Brian Gutekunst said after the draft. “We’ve kind of had some conversations before the draft with some veterans, and then there’s some rookie guys we’re looking at as well. … We would never go into camp with two. We’ll at least have three and possibly four.”

Rodgers, 37, has not participated in the offseason program, which has been virtual since April 19. The Packers begin organized team activities (OTAs) on May 24, and unless the situation with Rodgers is resolved to his liking, it’s unlikely he will report for the voluntary workouts. The only mandatory offseason activity is the June 8-10 minicamp.

Bortles has 73 career starts and a 24-49 record. He has a career completion percentage of 59.3% with 103 touchdowns and 75 interceptions.