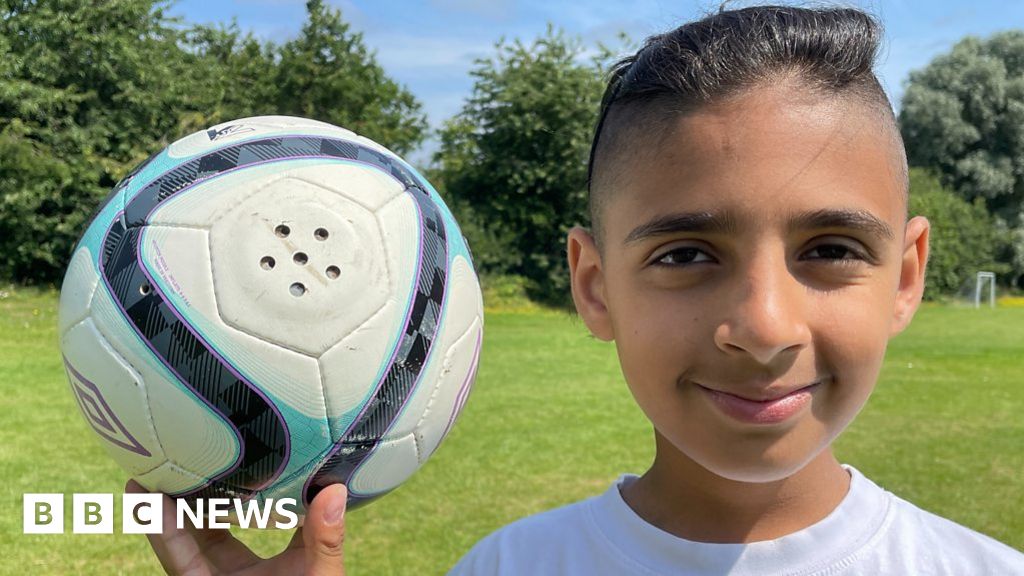 An 11-year-old boy from north London, who lost his sight due to a rare degenerative condition, is able to play the sport he loves thanks to a football that makes a sound.

Mikey Poulli was devastated when he could no longer play after losing his sight to rod-cone dystrophy.

BBC London first spoke to Mikey in April 2019 when, at just eight years old, he had been scouted by the FA.

Now Mikey has met and trained with a host of football stars and hopes to one day play for the England blind team.