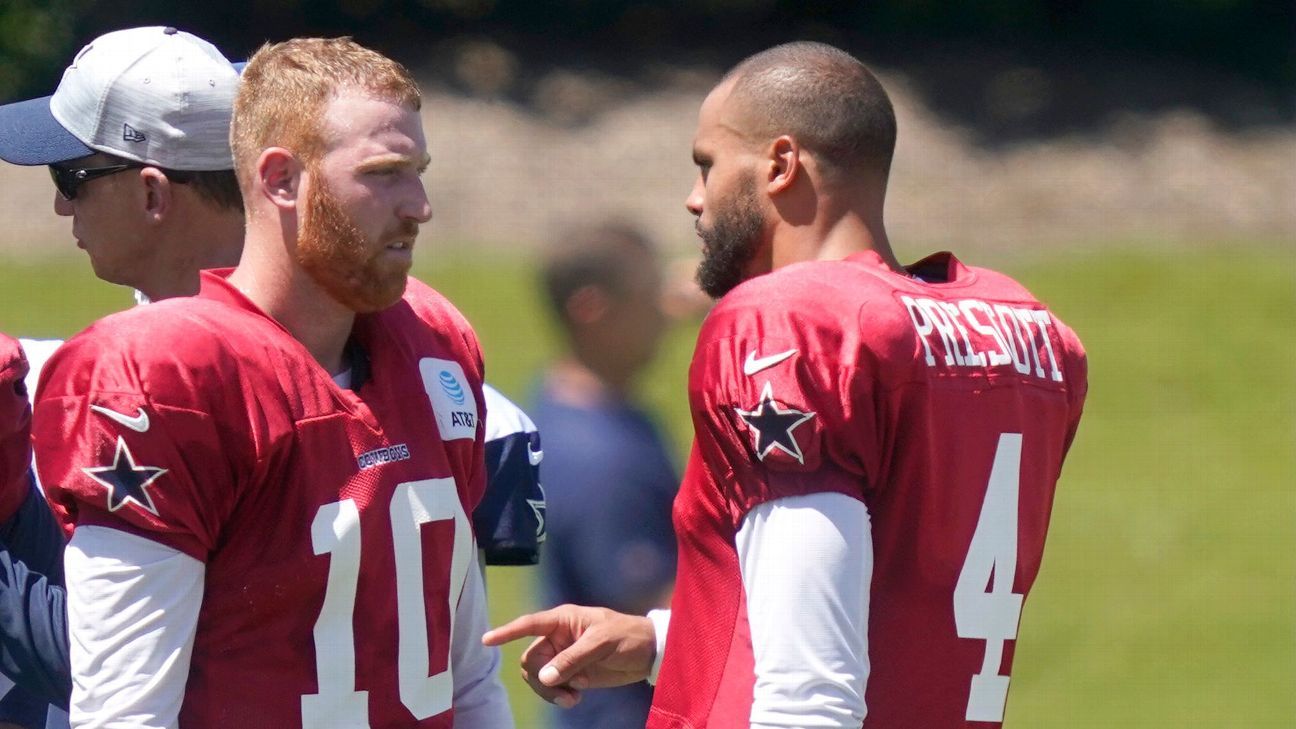 FRISCO, Texas — The Dallas Cowboys have settled on Cooper Rush as Dak Prescott’s backup, at least for now.

As the Cowboys get to the 53-player roster limit on Tuesday, they released Garrett Gilbert, who started three of their four preseason games, and Ben DiNucci, a seventh-round pick in 2020.

“I just think he’s shown that he can run the complete offense,” owner and general manager Jerry Jones said on 105.3 The Fan in Dallas. “Credit to him. He had some tough competition. Those guys didn’t cut him any slack. He’s had a lot of reps. All of our quarterbacks had because of the absence of Dak. All of those things make us feel real comfortable here.”

Rush has thrown three passes in his career and none since 2017. The Cowboys released him in favor of DiNucci a year ago but re-signed him to the practice squad after Prescott suffered a season-ending ankle injury.

Gilbert and/or DiNucci could come back to the Cowboys’ practice squad.

The Cowboys could look for No. 2 quarterback help based on other team’s cuts, but Jones said Rush’s experience in the current system is a plus and would make it difficult to trust a newcomer with such a quick turnaround before the Sept. 9 opener against Tampa Bay.

“You’ve got a pretty high bar here in terms of what’s the most effective way to play if you don’t have Dak now,” Jones said.

As for Prescott, who returned to full practice last week from a latissimus strain in his right shoulder, Jones said he is full go with no limitations.

“He’s moving good,” Jones said. “He’s really got that zip on the ball. We know that he’s been throwing with his key receivers for a few days out here the last few practices and so frankly as far as him being able to execute and execute the throws and move around the way he should against Tampa, I don’t have any concern at all about that.”

While Prescott has not played in the preseason, the Cowboys firmly believe he will be ready for the opener after he suffered a latissimus strain in his right shoulder.