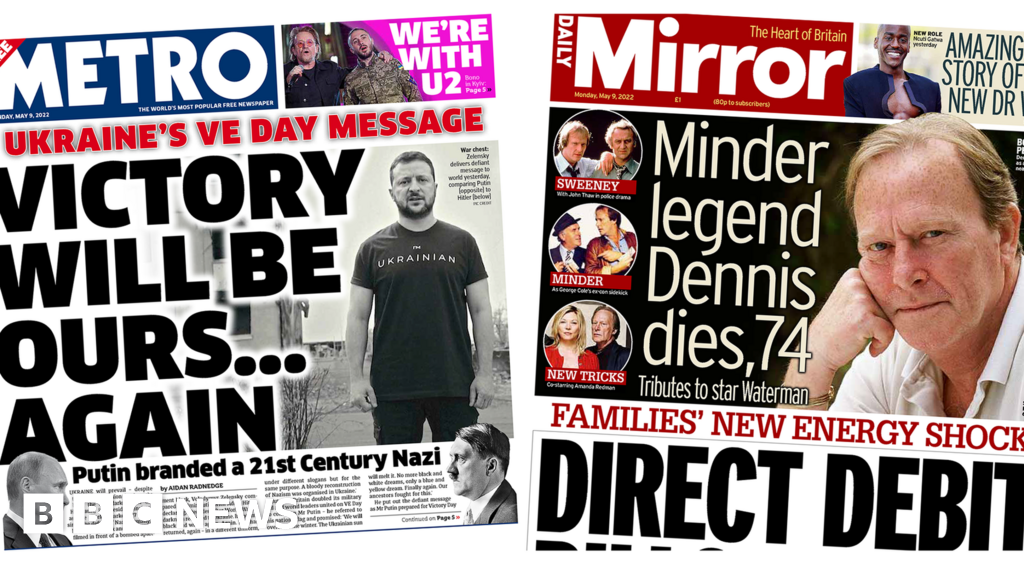 In an echo of Mr Zelensky’s message, UK Defence Secretary Ben Wallace will use a major speech to say Mr Putin is “mirroring” the fascism of Nazi Germany with his assault on Ukraine, the Daily Telegraph’s lead reports. Western officials have told the paper that when Moscow stages its annual Victory Day Parade marking the end of World War Two, the Russian President could use his scheduled speech to expand his invasion of Ukraine and announce “referendums”, or as the paper suggests, the “annexation” of the eastern Donbas region.

Johnson will lead Tories at next election, says Brandon Lewis

The Papers: ‘Crackdown on unions’ and PM plans for third term

The Best Wired Gaming Headsets for Every System

The 18 Best Wireless Headphones for Everyone

Johnson will lead Tories at next election, says Brandon Lewis