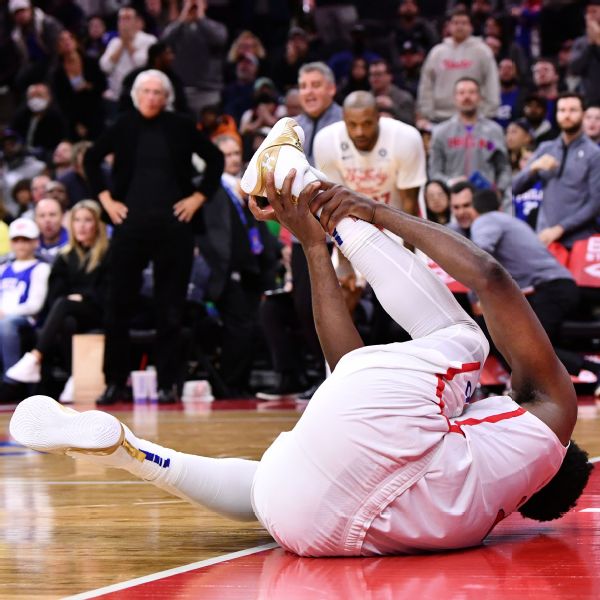 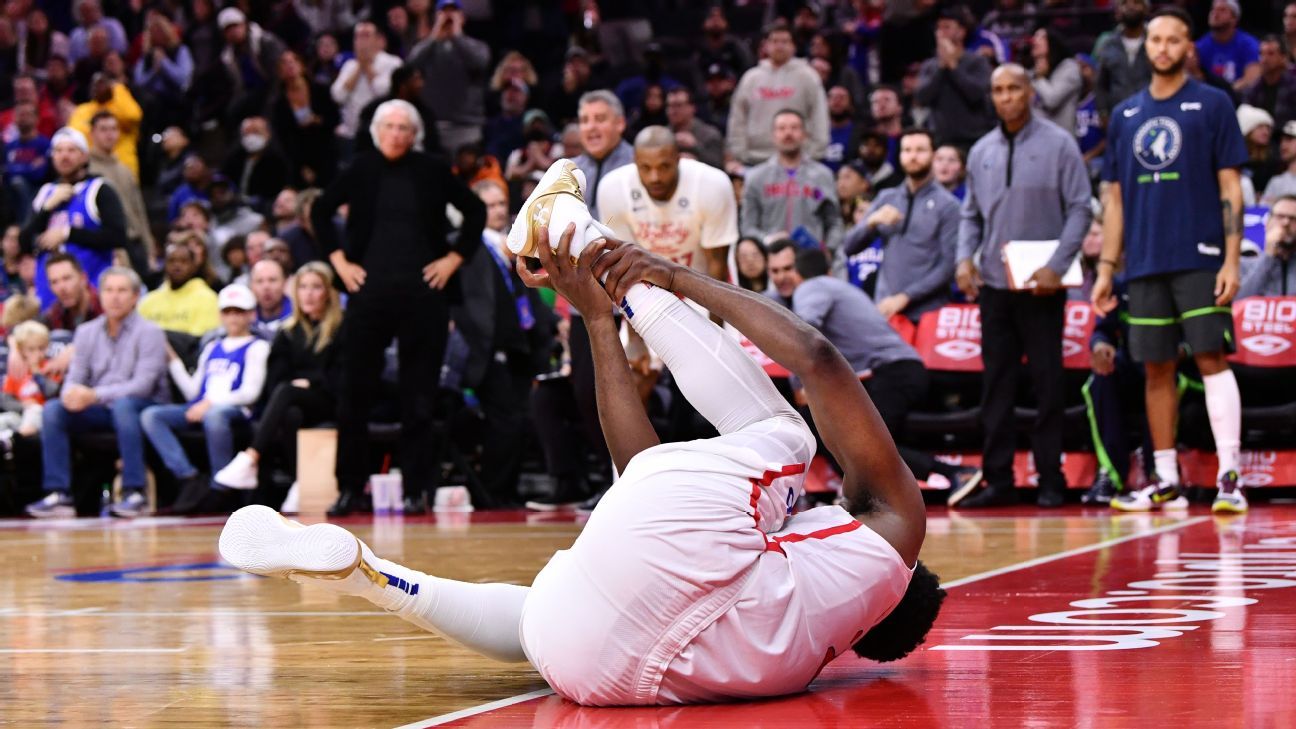 Joel Embiid will miss at least the next two games with a left midfoot sprain, the Philadelphia 76ers announced Monday.

The Sixers will be down Embiid, James Harden (foot) and Tyrese Maxey (foot) for Tuesday’s game against the Brooklyn Nets.

Harden has been out for more than two weeks, while Maxey is expected to be sidelined for three to four weeks.

In addition to sitting out the return of Ben Simmons to Philly, Embiid will also be out for Friday’s game against the Charlotte Hornets, which will be the start of a stretch of six of the team’s next seven games being on the road.

Giants WR Robinson out for season with torn ACL

Beltran among 14 newcomers on ballot for HOF

Beltran among 14 newcomers on ballot for HOF

Giants WR Robinson out for season with torn ACL

Embiid latest Sixer with foot injury, will sit next 2