Apple’s music streaming service reportedly has more paying subscribers in the US now than Spotify does, but there’s no doubt that Spotify is still the global leader in streaming music––not to mention that Spotify has been a multi-platform service since it first launched in 2008. Which is why it’s unforgivable that Spotify’s user experience can be so confusing. Finding a specific album or playlist or mood on Spotify is about as enjoyable as doing taxes: The reward can be sweet, but the journey is onerous.

This is a guide to using Spotify. It will make you feel as though you’re maximizing that monthly subscription fee (assuming you’ve gone ad-free), as opposed to feeling like you’re only taking advantage of five percent of the features, as one WIRED colleague described her use of the app. You’ll find and share playlists with ease. Your friends will never know that you’ve been listening to Dashboard Confessional all day at work. You’ll never end up on a six-hour flight without access to pre-downloaded music ever again.

Note: Some, but not all, of the features described here are only available to paying Spotify subscribers.

How to Find Songs, Albums, and Playlists

This part is pretty simple. When you open the Spotify mobile app, you’ll see three tabs at the bottom: Home, Search, and Your Library. Tapping on Search lets you search for artists, songs, or podcast titles. There’s really no way to specify which of those categories you’re looking for when you punch in your initial query; Spotify does a lot of the sorting for you. For example, if you type in “Dirty Computer,” which is both the name of an album and a song on the album, the album will pop up first.

If you’re not searching for something in particular, you don’t need to enter a specific search term. Just tap on Search and select from a variety of different categories and subcategories representing your top four genres. If you scroll down to Browse All, you can find playlists determined by mood (“All the Feels”), occasion (“Workout”), even TV show and movie soundtracks (“Bohemian Rhapsody”). If you’re looking for playlists you’ve carefully crafted or saved, you’ll want to navigate out of Search and go to the Your Library tab on the bottom right.

Good question! Your Library is everything you’ve saved on Spotify––your playlists, the streaming radio stations you’ve followed, the songs you’ve downloaded, and the artists and albums that comprise your saved stuff. It’s also another avenue into songs you’ve recently played, though these will appear near the bottom of the mobile page as small-ish album thumbnails. (Under the Home tab, recently played albums appear right at the top, and they’re hard to miss.)

There is a very important distinction, though, between your saved items and downloaded items. Saved means that you’ve earmarked it so that it appears in Your Library, thereby making it easy to find later on. But that doesn’t necessarily mean your songs have been downloaded and can be played offline. For more on downloading content, skip ahead to Make Offline Listening Your Friend.

Playlists are by far the most appealing part of using Spotify. The company pumps out dozens of genre- or mood-specific playlists. They’re both human and algorithmically generated, and their influence over the music industry has evolved to the point where being included on a popular Spotify playlist can make or break an artist’s career. Users spend around half their time on Spotify listening to either the curated playlists or ones of their own creation. But at the same time, playlists can be the most frustrating part of the Spotify experience.

Making your own playlist is straightforward: On the mobile app, go to Your Library, then Playlists, and then tap on the giant green Create Playlist tab. Once you have a playlist titled and created, you can tap on any individual song or album, look for the ellipses on the right, and quickly add that content to an existing playlist. This experience is similar on a PC; the New Playlist button lives on the bottom left-hand side of the desktop app. Likewise, adding a pre-existing playlist to your favorites is dead simple: Find a playlist, hit “Follow,” and it will then be accessible via Playlists in Your Library.

Other playlist features aren’t so simple. For example, you can stack album after album in a playlist, but you can’t do that from within the playlist itself, where Spotify will encourage you to search for individual songs. Instead, you’ll have to search for the album you want to add, then tap on the “more options” ellipses in the upper right-hand corner, and choose to add to a playlist from there.

You can also make playlists collaborative so you and your friends can all add songs, but, this is at least a two-step process. On the Playlist you want to invite your friends to join, first, go into the options—tap that ellipsis— and choose to make it collaborative (which is somehow different from making it public). Then, open the options menu a second time, tap Share, and share the playlist with anyone you’d like. When I shared a playlist with a WIRED colleague, he had to save the playlist to his own library first, and only then could he start adding stuff—so that’s good advice to pass along to the friends you’re inviting. Also, on mobile it’s not obvious who’s contributing to a collaborative playlist; the desktop Spotify app will show you who added which songs.

Spotify makes it easy for you to download anything song in its massive library to your phone. That way, you can listen to music even without a data or Wi-Fi connection.

Remember when I mentioned earlier that saving something to your library is different from downloading your content? More times than I care to admit, I’ve “saved” songs but failed to take advantage of Spotify’s offline listening before boarding a long flight or embarking on a remote road trip. The crucial difference is that when you “save” something it just bookmarks it, but leaves it in the cloud. You won’t be able to listen to anything that’s saved when you go offline. This is the part where you can learn from my mistakes: Download your favorite playlists now. Right now. Go do it.

Go to a playlist, look for the Download option right at the top of the playlist (you really cannot miss this), and tap the toggle. That’s it. You’re done. A green downward arrow icon will appear next to any playlist that’s available for offline listening. If you want the option to download playlists when you’re not connected to a stable WiFi connection, even though that will eat up a portion of your monthly cellular data, go to Settings, then Music Quality, and navigate to Download. Opt into “Download Using Cellular” (it should be the last option on the page on mobile), and you’re ready to scramble to download a playlist with two bars of service just before takeoff.

Downloading works for nearly anything on Spotify—not just playlists, but albums, podcasts, and individual songs.

Up the Streaming Quality–Or Turn It Down

Speaking of music quality, you can adjust the bitrate of your audio streams within Settings as well. You can also fine tune things like volume level or the treble and bass, although these options are within the Playback tab in settings, not under Music Quality.

The options for audio quality range from 24 kilobits per second up to 320 kbps. A “normal” rate is considered 96 kbps, and that level of quality doesn’t sound fantastic. If you’re dissatisfied with Spotify’s audio quality, bump this setting up until it sounds good to you.

If sound quality just isn’t that important to you, and streaming at a high bitrate just isn’t an option because of your concerns about cellular data usage, then you can instead opt into something in Settings called Data Saver. Spotify just introduced this last summer, and it streams your music at the low end, 24kbps, when the only option is streaming over cellular. Once you’re connected to a Wi-Fi network, your audio quality will be bumped up to a normal level again.

If you’ve never dug into Spotify’s social settings, then you might be horrified to learn that Spotify sets your music listening habits to public by default. And, while the service offers a “Private Session” option, that defaults back to public listening after you’ve been inactive for six hours.

Unfortunately, while there are some options for keeping certain activities private, there aren’t any options for blocking people from viewing your profile. This is a serious fail on Spotify’s part at a time when privacy concerns are at the forefront of every conversation about popular tech services, and when people are literally being harassed on its platform. There are some ways to work around it, though. The first and absolutely least user-friendly approach is to turn on Private Session every single time you open the app. The second is to create “secret” playlists, and only listen to those––just know that any Public playlists you’ve created or joined will still be visible unless you go in and change the Playlists’ privacy settings.

The third option is to refuse to use Spotify entirely, which we won’t blame you for. There are other streaming music options, even if they don’t all offer a free tier.

Let Spotify Do the Work For You

Assuming you’re still hooked on Spotify, you’ll want to take advantage of the playlists and that Spotify assembles specifically for you, which can offer a more robust experience than putting together playlists yourself. The very top entry within Your Library is a section called Made For You, which includes a weekly playlist, a roundup of new releases Spotify thinks you should have on your radar, and a series of daily mixes that are heavily influenced by the stuff you’ve already been listening to. An annual playlist that highlights the top songs you listened to during the calendar year could either serve as a pleasant trip down memory lane, the audio equivalent of “one year ago” apps; or a reminder to book your next therapy appointment.

Still, these algorithmically-created Spotify playlists are a great way to veer just slightly outside of your comfort zone and expand your music listening. And isn’t that the point of paying $10 per month for a music service, anyway; not just to move to the sound of the drum you’ve heard your whole life already, but to discover a new kind of beat? 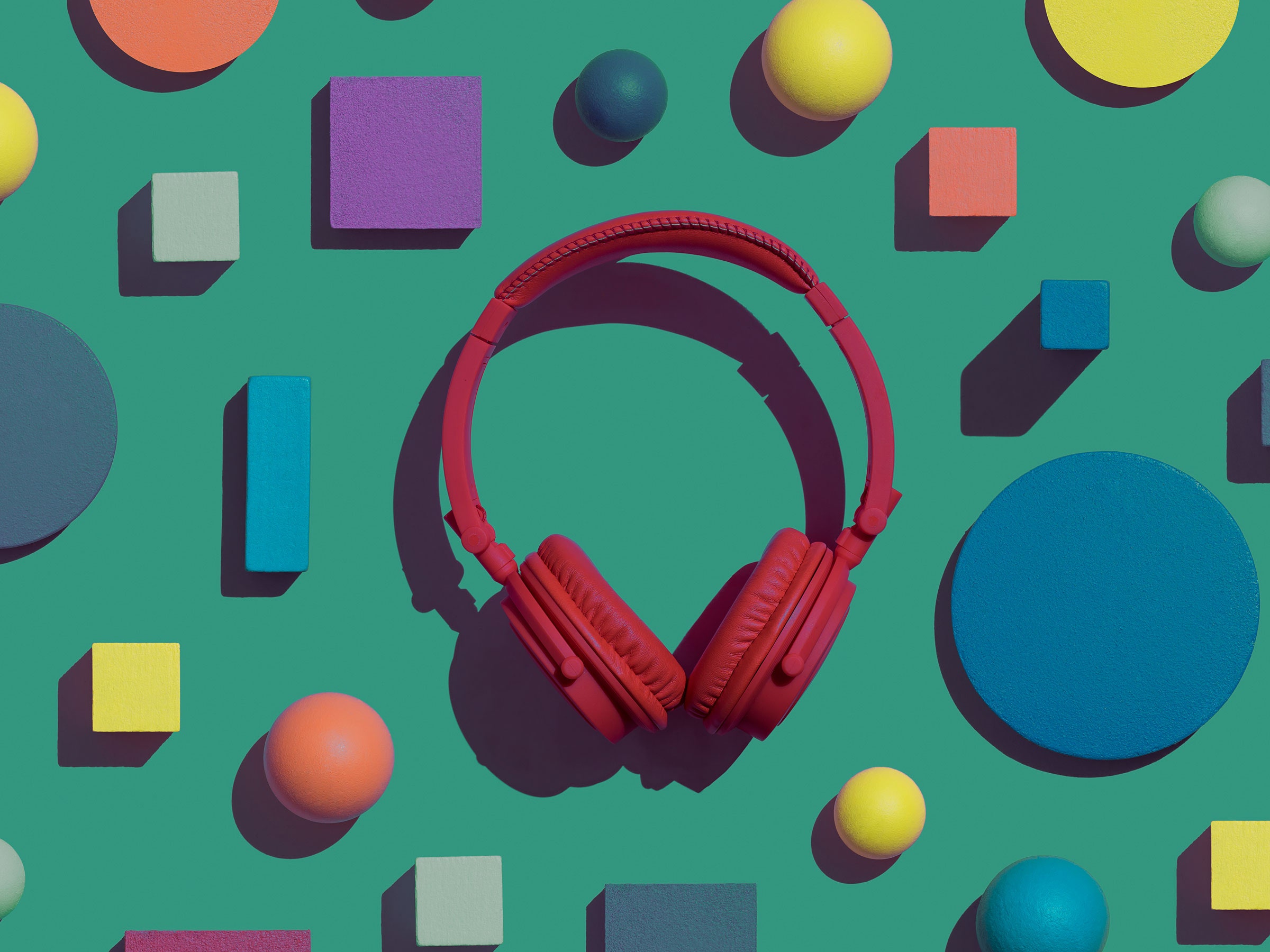 Tags: Gear, Gear / How To and Advice

How to Make the Most of In-Person Conferences

‘We are chasing never-ending debt to pay for basics’

Why energy firm Bulb’s collapse may cost you £200