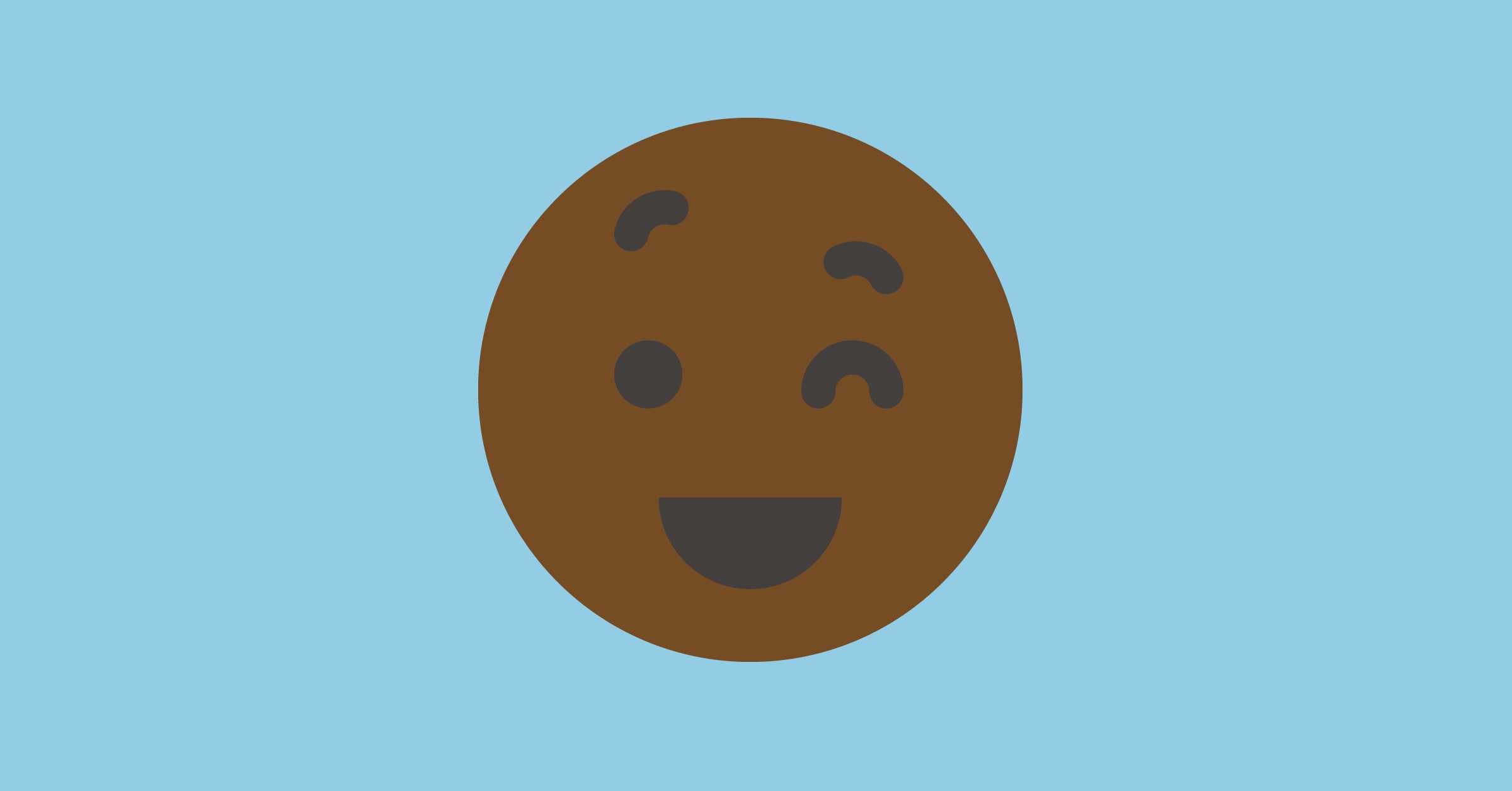 Before Jennifer 8. Lee started working with emoji, communicating a complex thought using only the tiny icons felt a bit like trying to color the entire world with just an eight-pack of Crayolas. You could get the gist across, but nuance was absent.

Lee, who runs the emoji advocacy group Emojination, has personally had a hand in creating more than 100 new emoji, many of those showing people or cultural touchstones that previously went underrepresented. Of the new additions to the emoji appearing on screens later this year, 23 came from Lee’s group, including the sari, the sloth, the stethoscope, and 71 combinations of skin tones for the 👫 emoji. In the Great Diversification of Emoji, few people have been more influential.

The incredible creation stories of some of those emoji is brought to life in Picture Character, a new documentary that premiered this past weekend at the Tribeca Film Festival. (Lee is both a producer and a subject of the film.) The documentary follows several emoji proposals—the hijab; mate, a caffeinated drink popular across South America; and a pair of underwear stained with menstrual blood—as they try to get past the red tape put in place by the Unicode Consortium, the nonprofit organization that standardizes the display of text and emoji across devices. The film also explores the tension between those like Lee, who want to re-create the entire world in emoji characters, and Unicode’s bureaucracy, which Lee warns “might implode underneath the huge demand.”

Lee’s gateway emoji was the dumpling. She’s told the story so many times that it’s almost folkloric: There was a conversation about dumplings with her friend Yiying Lu, an exchange of 🍴 and 😍, and a realization that no emoji existed for her favorite food. Lu, a designer, created her own makeshift digital dumpling and texted it to Lee. (Lu would later become the cofounder of Emojination.) But the discussion sparked a question: Where did emoji come from?

The WIRED Guide to Emoji

Through some Googling, Lee discovered the Unicode Consortium and found, to her delight, that she could infiltrate the group in exchange for a $75 membership fee. She ponied up, then launched a dumpling emoji Kickstarter campaign and, along with it, the concept of Emojination: emoji for the people, by the people.

The Kickstarter asked for $3,750 for Emojination to join Unicode at a higher membership tier. The campaign collected more than $12,000. People wanted a dumpling emoji, Lee says, but they also wanted a seat at the table. Backers sent in all kinds of emoji requests—what about a bao emoji? A llama? Lee, their elected leader, would bring this wish list to Unicode.

Lee took the role of emoji representative seriously. Everyone who knows her describes her as a “connector,” a person who helps other people accomplish their goals. In the book We Are the Nerds, which tells the history of Reddit, Lee is credited with teaching company cofounder Alexis Ohanian “how to be an adult” and giving him a way into the New York tech scene. Keith Winstein, an assistant professor of computer science at Stanford who met Lee in 2004, says she’s ubiquitous. “Many people know her. You probably know people who know her,” he says.

“All of these people are trying to say the word ‘I’ and they can’t.”

Lee also understood the importance of representative language. Her parents, immigrants from Taiwan, taught her to read Chinese before she learned English. She calls Chinese the “original emoji,” a language built on picture characters, the combination of which can be loaded with meaning. “The word for good is a woman with a child—specifically a boy child,” she tells me over dumplings. Peace is constructed as the character for woman beneath a roof. “The word for evil or wicked is three women together. So there’s some sensitivity in making sure that pictorial representation is conscious.”

In emoji, she saw the chance to build a proto-language from scratch, where more perspectives and people were included. “For a while there, [emoji women] could be one of four things: bride, princess, dancer, or bunny,” she says. “I was like, ‘This matters, and we should fix it.'”

Lee describes her first visit to Unicode like going to church, with an entire congregation regarding her with curiosity. The majority of the members are old enough to belong to AARP, and the meetings are not known to be thrilling. Lisa Moore, chair of the Unicode Technical Committee, described them to me as “bureaucratic” and “dull,” “unless you are passionately interested in whether or not a medieval letter should be added to the standard.” Another member of the committee compared them to “watching paint dry.”

But Lee, with her unbridled energy, found them endlessly fascinating. “I was like, ‘This world! It’s crazy!'” she says. She’d recently wrapped her debut documentary, The Search for General Tso, which explored the curious origins of the popular Chinese-American dish, and Lee was looking for her next project. A light bulb went off. “I emailed Ian [Cheney], who I worked with on General Tso, and I was like, ‘How do you feel about emoji?'”

The documentary, codirected by Cheney and Martha Shane, covers the explosive rise of emoji and captures some of the tension between Unicode and the demand for new characters. The emoji lexicon has grown to include representations for all kinds of people (bearded or bald, scientist or superhero) of all shades (👩🏻👩🏼👩🏽👩🏾👩🏿) who eat all kinds of things (bagels, dumplings, leafy greens) and wear all kinds of clothes (hijabs, ballet flats, kimonos). Lee’s dumpling emoji was approved in 2016, along with chopsticks, a fortune cookie, and a takeout box. And yet, only a fraction of the world’s people, places, foods, and customs are reflected on the emoji keyboard. There’s a bald man and a bearded man, but where’s the bearded bald man? We’ve got dumpling, but where’s the dosa? Who gets to be represented?

Emojination’s stance seems to be: Everyone. The group, which uses Slack and Airtable to communicate and keep organized, includes people from all over the world and actively recruits new voices with fresh ideas. Lee workshops ideas, teaches people how to write emoji proposals, and then advocates for them at Unicode meetings, where she’s become the vice chair of the emoji subcommittee. Recently, Adobe gave Emojination a small grant to support the diversification of emoji, but otherwise the proposal writing is done on a largely volunteer basis.

“It’s been very valuable having Jenny involved,” says Mark Davis, Unicode’s president and cofounder. “She’s almost single-handedly developed a community of people where she can help bring them through the sometimes complicated process of getting emoji in.”

As a general rule, Lee doesn’t turn people away. “Someone showed up who’s a professional accordion player and he wanted an accordion emoji,” says Lee. “I was like, ‘Go for it!’ I’m not going to tell you no. I’m going to encourage you as far as you can in your adventures of emoji.”

But Unicode, which was originally built to maintain text standards, is increasingly bogged down by the weight of these proposals, which have tumbled in by the thousands. “We have a budget of approximately 70-ish a year. We can’t take everything,” Davis says. (Lee says Unicode regularly comes in under budget, and if a proposal is good, it usually makes it through.)

Emojination encourages so many proposals that there is almost no limit, however ridiculous, to what people want to see represented in emoji. In the Picture Character documentary, we meet a series of people explaining why we need an emoji for a marijuana leaf, for an angler fish, for a sewing needle, for a bulb of garlic. Last year, Jimmy Kimmel brought Lee onto the show to campaign for a meatball emoji. Lee, without missing a beat, told him she didn’t think it would pass, but that she was seeking someone who could write the proposal for piñata.

To Lee, every one of these proposals is important in bringing someone’s sense of identity onto the screen. She says she came to the realization one day, while creating Picture Character, that the desire for a hijab emoji, or an emoji representing mate, wasn’t just about vanity. “All of these people are trying to say the word I and they can’t.”

At Unicode meetings, new emoji proposals now take up a considerable portion of the discussion. That system won’t be sustainable forever.

“We keep talking about getting out of the business of emoji characters because we can’t respond to everyone’s desires or the true diversity of the world,” says Unicode’s Lisa Moore in Picture Character. “Unicode doesn’t want to define every emoji character.”

“I’m stepping in a pile of poo emoji here, but the future of emoji will not necessarily still involve Unicode,” says Craig Cummings, vice chair of the Unicode Technical Committee, in the documentary. “We only hope that there would be a better answer for emoji, and one that actually could cater more to the endless imagination of the human mind.”

Winstein, the Stanford professor and friend of Lee’s, thinks emoji are headed toward a decentralized existence. A formal emoji library could be replaced by something like Bitmoji or stickers, which have already taken off in many parts of the world. Baidu’s Facemoji app, which has tens of millions of users in Asia, lets people customize what’s on the keyboard. Whatever the future is, Winstein doesn’t think Unicode should be involved. “There is a book about a committee of people whose job is to decide which words can legally be used in the language,” he says. “That book is 1984.”

Until then, Lee will be on Slack with her people and in the Unicode meetings with the bureaucrats, shepherding new emoji proposals through committee and onto keyboards. We’ll all enjoy the fruits of her labor later this year, when many of those emoji will come to life: the sari, the yoyo, a one-piece women’s bathing suit, and those 71 combinations of skin tones for the 👫 emoji. For Lee, the little icons aren’t just pictures. They’re people taking their rightful place in the digital world.

How to Make the Most of In-Person Conferences

Pens’ Letang out indefinitely after having stroke