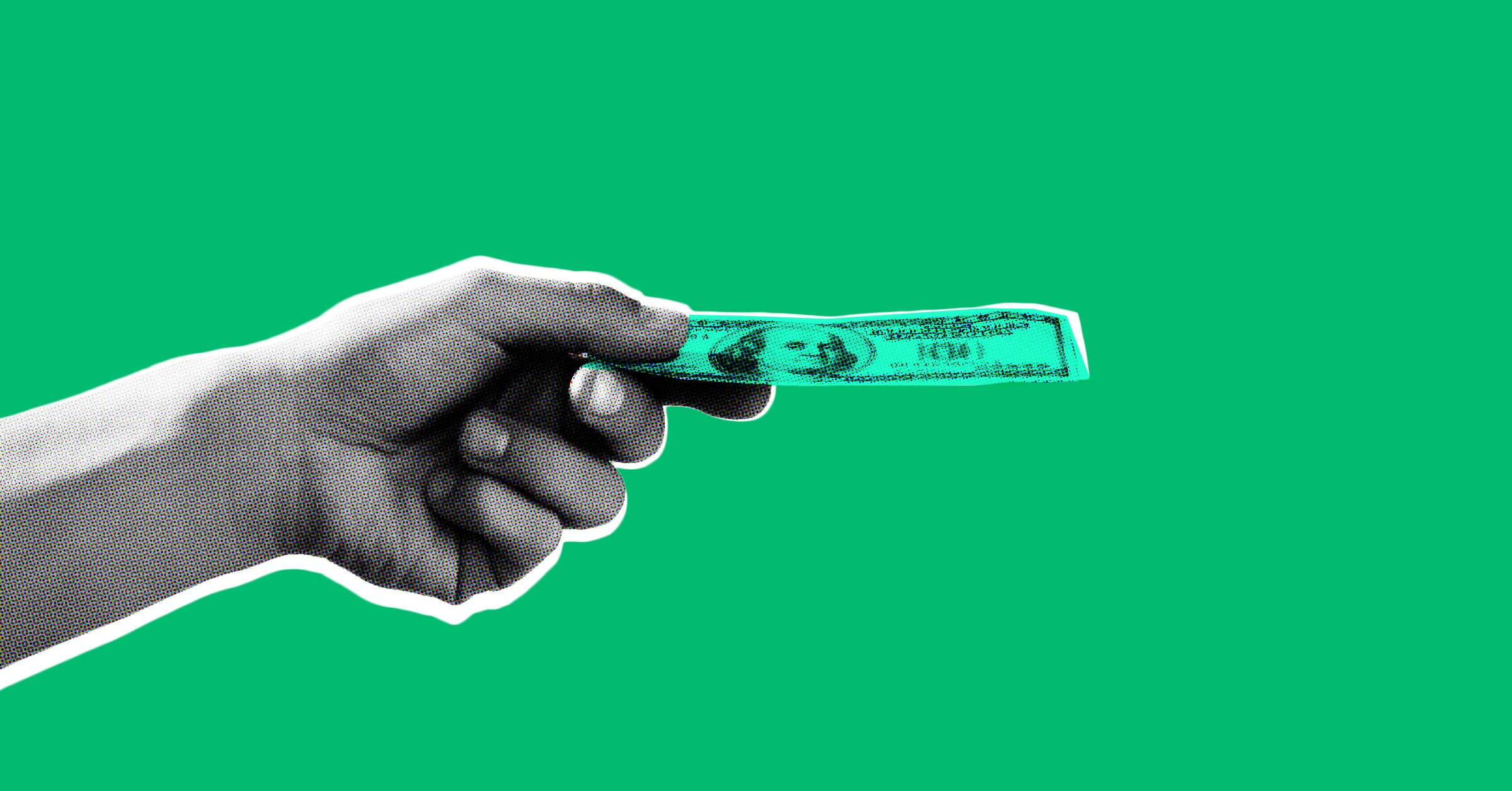 In December 2009, a mysterious letter appeared at the home of one Mr. Johnson in Pittsburgh, Pennsylvania. Inside was a message printed on cream-colored paper: “All of the items in your refrigerator are swapped with all of the items in Ben Affleck’s refrigerator. Try a bit of everything.”

Similar letters reached the reverend of a local church and the architect William Hopkins. In fact, more than 600 residents of Pittsburgh’s Polish Hill neighborhood received letters that year, each of them signed cryptically (but with love) by “Lenka and Michael.”

The letters were in fact sent by the artists Lenka Clayton and Michael Crowe, who had taken on the ambitious project of mailing a physical letter to every person in the world. They had begun in a small Irish fishing town; Pittsburgh, where Clayton is from, was next. To cover the travel and material expenses for such a project, they turned to the internet, where they found a few dozen strangers willing to fund their little scheme thanks to a brand-new platform called Kickstarter.

Kickstarter had launched a few months earlier, and what it might become was still left largely to the imagination. The term crowdfunding was not yet part of the common vernacular. Who would use such a thing? The idea that you could tap the collective power of the web to fund all manner of harebrained schemes—for the sake of art, or entertainment, or simply to make something cool—seemed absurd.

A decade later, all of that has changed. Kickstarter, which celebrates its 10 birthday this month, has enabled the creation of a number of projects that in any other world might have never existed. You know the famous ones: Cards Against Humanity started as a Kickstarter. So did TikTok and Oculus Rift. Don’t forget Awkward Black Girl, the Gravity Blanket, the Pebble smartwatch. The platform has collectively raised over $4 billion from disparate backers to fund creative projects and launch new businesses. Some Kickstarters have ended in disappointment. Others have profoundly impacted our world. All the while, the platform has given regular folks on the internet the tools to operate like venture capitalists, deciding what gets flushed and what gets funded: even something as silly as an art project that sends letters to strangers.

Long before Kickstarter was a company, Perry Chen decided that there had to be a better way to raise money for art projects.

Chen was living in New Orleans in a house with a bunch of other artists, making music, and avoiding the threat of a real job at all costs. But making it as a musician was proving to be a financial struggle. Concert venues took a gamble every time they booked an artist, betting that enough people would buy tickets to give them a return on their investment. It made it difficult for the little guys to get ahead. It also made it difficult for fans to have a say in which artists played the venues. What if, Chen wondered, there was a way you could book an artist conditionally. If enough people bought tickets, they’d go on; if not, nobody had to pay any money.

“I didn’t see any reason why it couldn’t work,” he says, “but I was waiting for somebody else to do it.”

A few years later, Chen moved back to New York City and the idea called to him. Then he met Yancey Strickler, another creative type, who thought a threshold-based system for collective funding might actually work. The two bought a whiteboard from Staples. They began scheming.

In 2007, Chen and Strickler introduced the idea to Charles Adler, an interaction designer, who would join on as their third cofounder. They hired a few coders to build out the architecture of the Kickstarter platform and told as many people as they could about their idea. When Arrested Development was canceled, Chen used it as an example to drum up interest in Kickstarter: What if fans could band together to save the shows they loved—television networks be damned? He got an introduction to David Cross, who played Tobias Fünke on the show. Cross loved the idea. He became Kickstarter’s first investor.

They recruited their first employee, Cassie Marketos, who says she didn’t quite know what she was signing up for but believed in Chen, Strickler, and Adler enough to come onboard. “We were constantly talking to people about Kickstarter and getting blank faces in return,” Strickler wrote about the early days.

The site went live at 4:30 pm on April 28, 2009. At first, it was invitation-only. Chen started a project, asking for $1,000 to make a limited run of spray-painted T-shirts that read “Grace Jones Does Not Give A Fuck.” It did not meet its funding goals. But another project, Drawing for Dollars, did. Its creator offered pencil sketches to anyone on the internet for a small fee. It raised $35 from three backers.

Most of the early projects on Kickstarter were like that: small, simple gestures of art with very low funding goals. (Even today, most Kickstarter projects raise less than $10,000.)

By 2010, the company had moved into its first office, a ramshackle building on Manhattan’s Lower East Side. “There was graffiti on the walls and the floors, but not that we’d put there,” Chen says. In the summer, a bready smell wafted over from the matzoh factory across the street. The team was still small, and so was the community. “For the first year and a half of Kickstarter, if you were on the website, you would talk to me personally,” says Marketos, whose job was to run “community support” on the platform.

Then the first million-dollar project came along. Elevation Dock promised to be “the best dock for iPhones.” (At the time, WIRED called it “the dock Apple should have made.”) Over 12,000 backers pledged $1 million to see it produced. Chen says it was a remarkable moment, and everyone stayed late in the office to celebrate and make sure the website didn’t implode.

Four hours later, a second project cracked $1 million. The project was Broken Age, a point-and-click adventure game from Double Fine. In exchange for funding, the creators offered a “private online community set up for the backers to discuss the project with the devs and submit their thoughts and feelings about the game’s content and direction.” People weren’t just paying for the game—they were paying to get in on the process. Broken Age eventually raised over $3 million.

“Some people were excited by the Kickstarter, and some people thought we were just getting a lot of free money,” Tim Schafer, the game’s creator, told The Guardian in 2015. “Which we were.”

Games are Kickstarter’s most funded category, with over $1 billion pledged to new game projects. Many credit Kickstarter with completely upending the tabletop gaming industry. Manufacturing games is difficult, but with seed funding from a few hundred backers, anyone with a fun idea can get started making a playable product. “My favorite thing is how much money Kickstarter has redistributed to artists and weirdos and designers and dreamers,” says Luke Crane, Kickstarter’s head of games. “It puts the money in their hands and says, yes, go forth and make cool games.”

Kickstarter’s sustained impact is far-reaching. For one thing, thousands of creative types have avoided the tyranny of a “real job,” and instead have gotten to work on their oddball projects. One woman, Emily Richmond, used Kickstarter to raise $8,141 to fund a sailing trip around the world. Lenka Clayton and Michael Crowe continued to collect money for their Mysterious Letters, ultimately mailing thousands to townspeople across Ireland, France, Germany, Switzerland, and the US.

Chen thinks Kickstarter has also helped smaller artists bypass film studios and music industry execs to fund their works. A total of 15 Kickstarter-funded films have been nominated for an Oscar, including Period. End of Sentence, which won Best Documentary Short this year. Other people have simply used the platform to make cool stuff. Hey, wouldn’t it be neat to build a life-size statue of Robocop in Detroit? The internet sure thinks so.

Unlike so many other platforms, the company’s goal isn’t to sell out or go public—just to help more people make more stuff.

“I think there are still so many people who would be perfect for Kickstarter and don’t see themselves in the platform,” says Marketos, who is now Kickstarter’s senior VP of community strategy. “People think they need to be able to make $10 million, when the heart of Kickstarter is, like, you’re making your first EP and it’s $10,000 and you’re in college.”

Last month, Chen stepped down as CEO to focus on projects that “feel more like me,” including getting back into music-making. (He’ll remain chair of the company’s board.) Once he decides to record some music, maybe you’ll get to decide whether it gets the release it deserves. 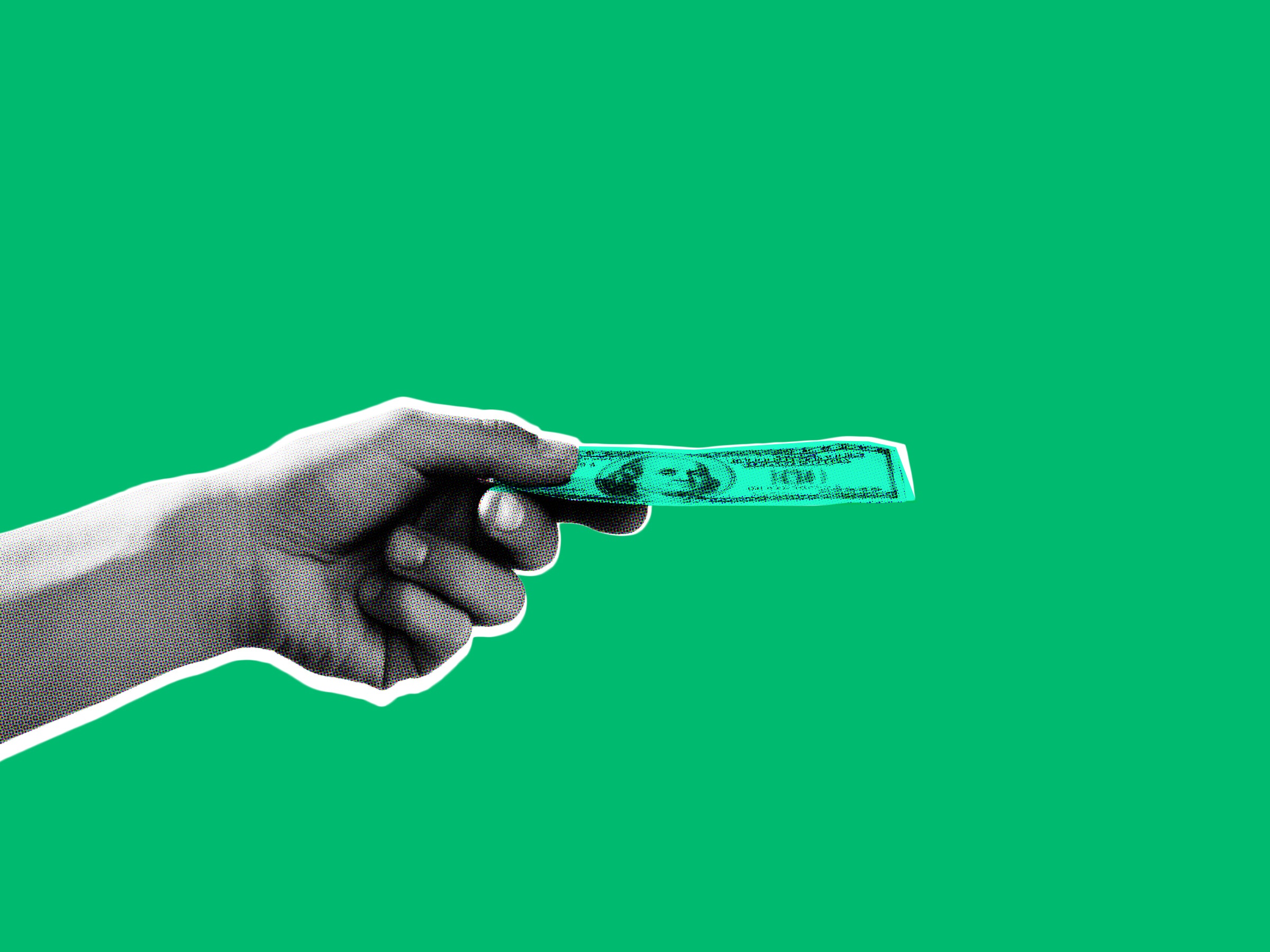