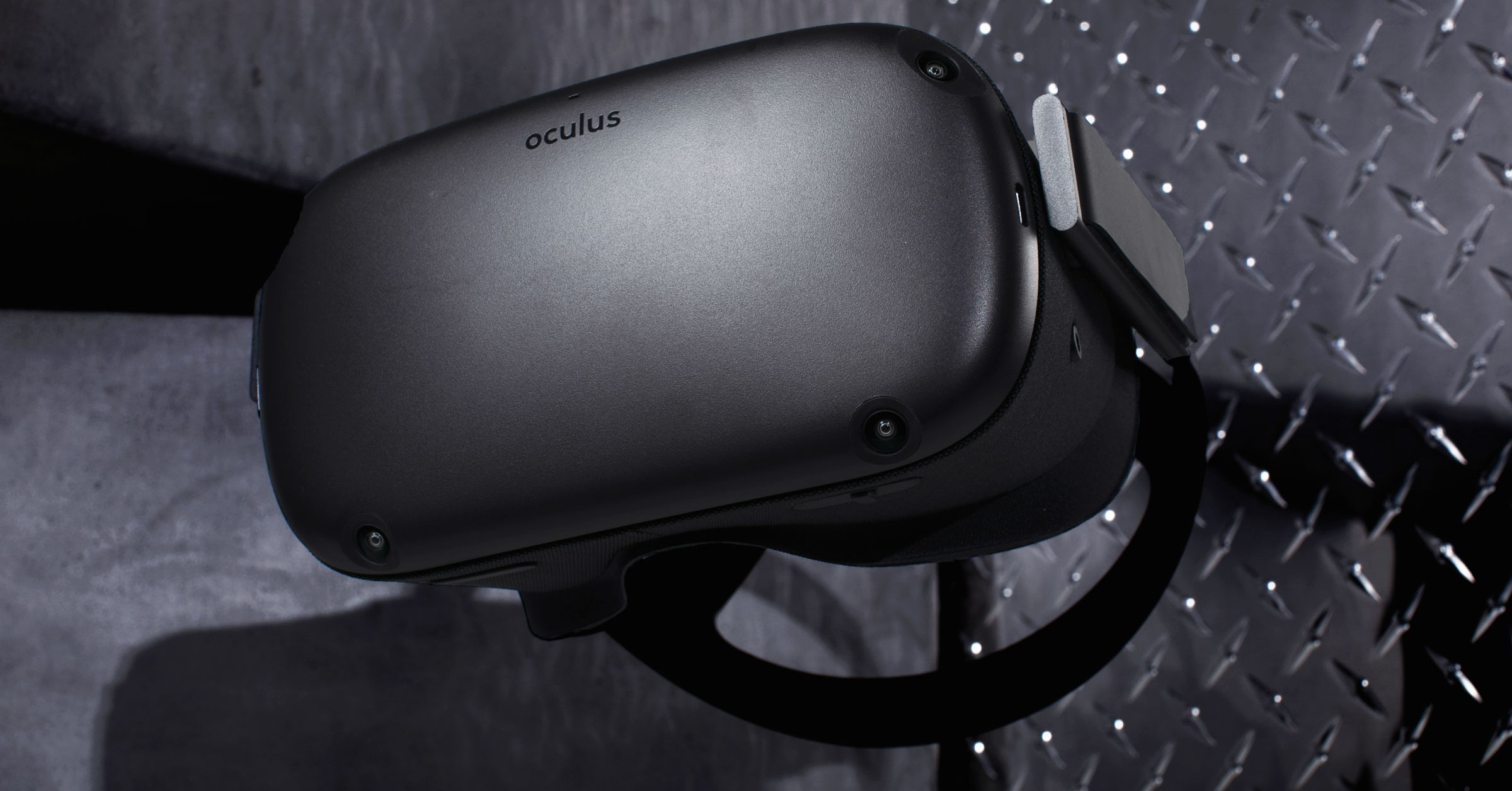 Since 2012 and the first time people heard the phrase “Oculus Rift,” virtual reality has marched steadily into the cultural imagination. Headsets are a common sight in commercials and television shows, and it’s getting harder and harder to find someone who has never tried VR in some capacity. But another kind of Oculus rift persists: a gap between virtual reality as a concept and virtual reality as an experience.

What you can do in VR—where you can go, who you can be, and how you can do and be those things with others—gets better all the time. Delivering those things, though, has been a journey of frustrating half-steps and trade-offs, even as consumer headsets came to market. If you wanted to be able to move around in VR, what’s known as “6 degrees of freedom” (6DOF), you had to be tethered to a PC or a game console; if you wanted to lose the umbilical cord, you’d be stuck in place—able to spin around but unable to physically move in virtual space.

The better you wanted VR to be, the less convenient it was. Even worse: The reverse held true as well.

Attempting to slice through that Gordian knot is Oculus and Facebook’s latest headset, the completely stand-alone Oculus Quest. Not only is all its computing and tracking power contained onboard the device, but it’s the first stand-alone headset to offer “room scale” VR, which allows you to roam freely. (More on that in a bit.) Where the Rift promised to cleave you from reality and the Oculus Go advertised its portability, the Quest recognizes that VR’s potential hasn’t been so easy to realize.

The company has made no secret of the Quest, showing early versions of it to reporters all the way back in 2016 and demoing it extensively over the past year, but today’s preorder announcement signals something new. With sales of the first-generation headsets remaining decidedly non-stratospheric, the Quest has come to represent a sizable hope for the consumer VR industry, and it’s time to see if those hopes were placed in the right hands.

That’s dangerous territory. It’s easy to make too much of a single piece of hardware, especially for a technology category that has yet to realize its own promise. But while there may be no such thing as a panacea, the Quest is something much more important: a working, polished product.

The redesigned Oculus Touch flips the tracking rings up to the top of the controller, so the Quest can better keep tabs on it in space—a must when you’re moving around this much.

Here’s what happens when you bring home an Oculus Quest. (You can order it direct from Oculus, but it will also be available via Amazon, Best Buy, Newegg, Walmart, and GameStop.) Once you charge it with a USB-C cable and pair it with your phone, your view in the headset resolves to a black-and-white version of the outside world. Following prompts, you walk around your room, using one of the two hand controllers to draw the outline of an obstacle-free space, and … that’s it. You’re done.

Forevermore, when you move close to the periphery of your safety zone, a curtain of glowing blue grid lines appears along its edges. Push your hand through it and it turns red. Put your head through it, and the view reverts to the passthrough camera, letting you see the real world you’re still standing in. If you can spare 6.5 by 6.5 feet of empty floor space, you’re in business; the Quest can work with less and can accommodate sitting or standing still, but ideally you want to be able to walk, dance, and even jog in as big an area as possible.

All this magic comes courtesy of something called inside-out tracking. The first generation of high-powered headsets—the Rift, the HTC Vive, and the PlayStation VR—tracked you using external cameras and sensors that would communicate with the headset and derive where exactly your head would be in a virtual environment. That would allow you to lean, duck, or walk inside VR. Inside-out tracking moves those sensors to the headset itself, with four wide-angle lenses gazing out at the world to triangulate your position.

On the Quest, Oculus’ Insight system maps your environment by noticing edges and distinct features, aided by computer vision algorithms, while delivering the passthrough video that makes setup such a breeze. Using Insight, the Quest is able to remember five distinct environments that you’ve mapped, so when you walk into a room and put the headset on, it automatically reinstates the play space.

The Insight system also monitors the position of the twin hand controllers, which are redesigned versions of the Oculus Touch. The ring of infrared LEDs now passes over the top of your hand, rather than underneath; if you own a Rift, it may feel backward at first, but the grip in the hand is exactly the same. The wide-angle sensors did an admirable job of tracking the controllers, with two minor flubs: one in a room that had sunlight pouring in directly at me, possibly confounding the process, and the other when one controller momentarily “disappeared” during a fast-paced round of Beat Saber (a Guitar Hero–meets-katana game that may be the closest thing to a system-seller VR has enjoyed thus far.)

How the Quest compares to other Oculus headsets is a trickier question. Its resolution is certainly higher than the Rift, delivering 1,440 x 1,600 pixels per eye in a 72Hz OLED display. It also lets you adjust the spacing between the lenses’ sweet spots, something the Rift could do but the Go could not. On pure power, a stand-alone headset is never going to be able to match a PC’s computing prowess, but the Snapdragon 835 chipset in the Quest has ably handled everything I tried in it, from Beat Saber to a warehouse-sized multiplayer round of Old West zombie-shooter Dead and Buried II.

That brawn brings some bulk as well. The Quest weighs about 100 grams more than the Rift and the Go, both of which come in at about 470 grams, but the weight is distributed well, using a Rift-style rear-triangle support that’s far stouter and more supportive than the Go. The headset takes weight off your cheeks by putting a bit more on your forehead, something that caused some slight redness above my eyebrows after an uninterrupted two-hour session, but it also did away with “VR face,” those raccoon-like lines that can form around your eyes. As with the Go, the Quest delivers audio along the temples of the headset, though there’s a 3.5-mm audio jack on each side of the eye box for headphones.

That two-hour gaming session, my longest, also left me with 34 percent battery remaining, far exceeding with Oculus’ estimate of two hours for games, three for watching media. However, you can use the headset while charging, and USB-C’s fast charging means you could connect the headset to a battery pack in your pocket for marathon sessions.

Oculus has said that the Quest will launch with more 50 games and apps, a mix of new titles and those that previously appeared on the Rift or elsewhere. Of new titles that I had a chance to play extensively, Zelda-style adventure Journey of the Gods and duck-and-dodge wave shooter Space Pirate Trainer were standouts, but even previously available titles feel new on the Quest—especially kinetic titles like Beat Saber and Superhot VR. This is a headset that makes everything somehow feel free. There’s no more low-level worry that the cable is getting tangled around your legs, and no more USB port crapping out for no reason. Just VR.

The Quest is positioned squarely as a gaming device, and it’s no mystery why: Games remain one of the few aspects of VR that can be monetized at the moment. To that end, the launch slate is promising, if not hugely diverse, but I’m most intrigued by social VR platforms like Rec Room and VR Chat, both of which are coming to Quest at launch. (If you want to be more social in real life, you can also cast whatever the Quest headset is showing to a phone or a current-gen Chromecast device.)

It wasn’t long ago that people imagined stand-alone VR as a third category of virtual reality, blending the portability of smartphone-powered mobile headsets with the immersion of PC-compatible systems. The Quest instead may instead represent the new primary category of VR. PC VR will always remain a step or three ahead when it comes to numbers and luxury features; that’s why the Rift S, Oculus’ mid-cycle update to the Rift, also comes out on May 21. Mobile VR … remains a cheap alternative, in every possible use of the word. But neither mobile nor PC VR has delivered on the true promise of virtual reality. The Quest does. You turn it on, and you’re there.

This is a game console, and at $399 it’s priced like one. But it’s also a lot of other things. That’s the joy of virtual reality: it can help you spend time alone, or it can bring you together with others. And by making the experience of VR much more like the concept of VR—something that’s liberating both inside and outside of the headset—the Quest delivers something more than just a journey. It delivers a treasure. 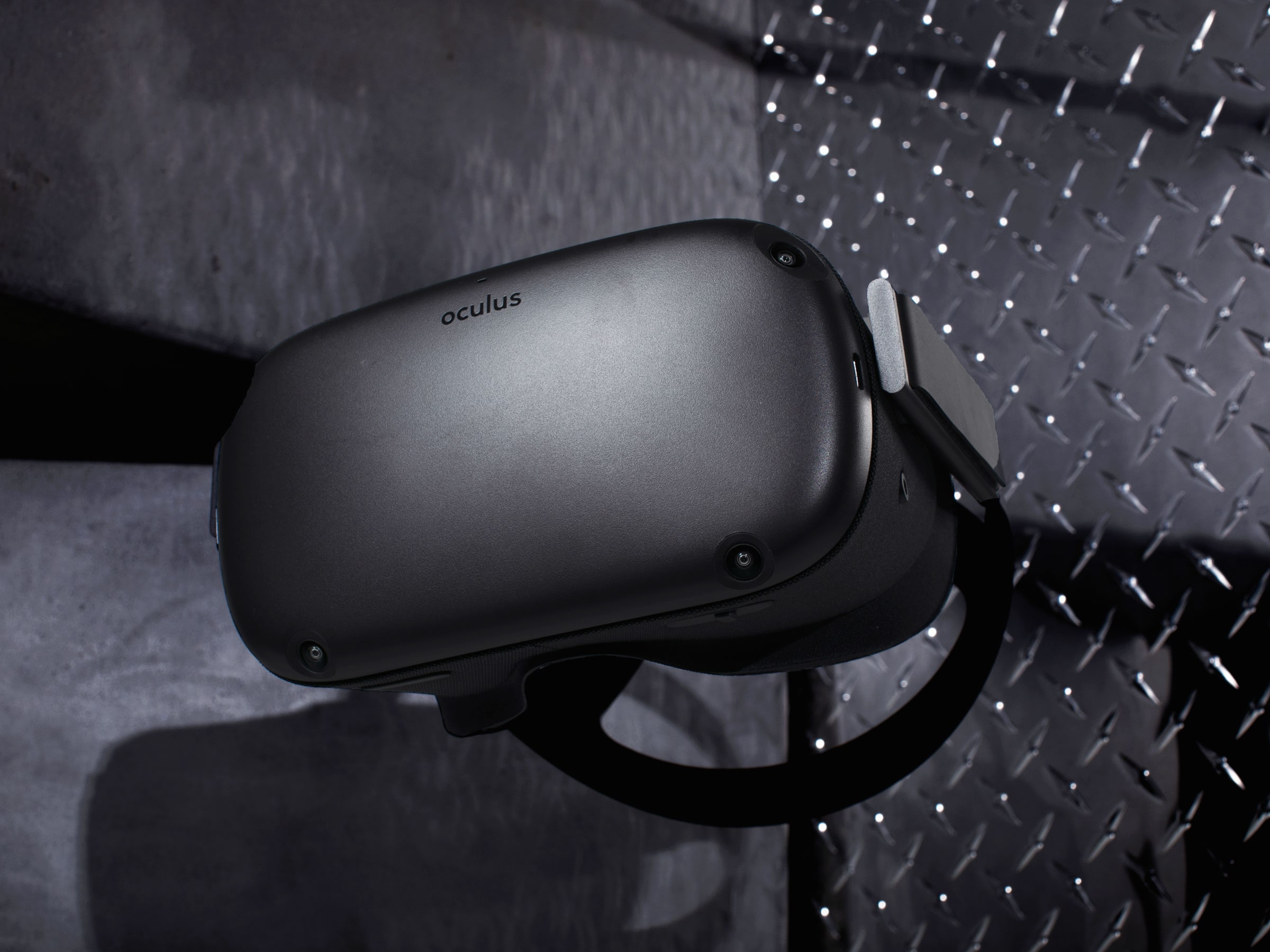 This $250 Samsung Phone Is Surprisingly Great

Wimbledon: Britain’s Andy Murray knocked out in second round by John Isner